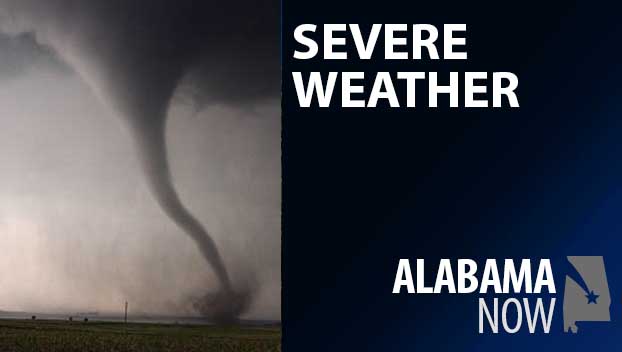 Escambia County Sheriff Heath Jackson told WALA-TV that about nine mobile homes were destroyed and two people were taken by ambulance to the hospital. No deaths were reported, and Jackson’s office said in a statement that none of the injuries was severe.

“We had one guy that was in his mobile home when the storm hit. He was asleep. He said when he woke up, he was in the woods. So, you know, obviously, the good lord was looking out for him,” Jackson told the station.

Everyone was accounted for but the damage was substantial, he said. Photos on social media showed what appeared to be pieces of a mobile home atop a pickup truck and pink insulation and broken lumber scattered around a residential area.

“It’s devastating, and those people have nothing left. We are so thankful that nobody was killed or severely injured,” Jackson said.

It wasn’t immediately clear whether the damage was caused by a tornado or straight-line winds. The National Weather Service typically assesses areas hit by severe weather to determine the cause.

The National Weather Service issued several tornado warnings for south Alabama, but Adams said there wasn’t one in effect for the area at the time. In the Florida Panhandle, the Okaloosa County Sheriff’s Office said it was assessing damage after a possible tornado strike and shared a photo of a mobile home with part of its roof missing.

Flash floods covered streets in southern Mississippi, and the weather service said trees and power lines were knocked down in southwest Georgia.

The storms left more than 13,000 homes and businesses in the dark in Alabama and flash flooding was reported south of Birmingham, where heavy rains that left downtown streets underwater were blamed for one death Wednesday. More rain was expected, along with wind gusts as strong as 60 mph (97 km/h), hail and possibly tornadoes.

A tornado watch covered southern counties in Louisiana, Mississippi and Alabama, plus the western tip of the Panhandle. More than a dozen school systems in the area canceled classes, extracurricular activities or switched to virtual teaching for the day because of the weather threat.