President leaves beleaguered university after only 8 months on the job 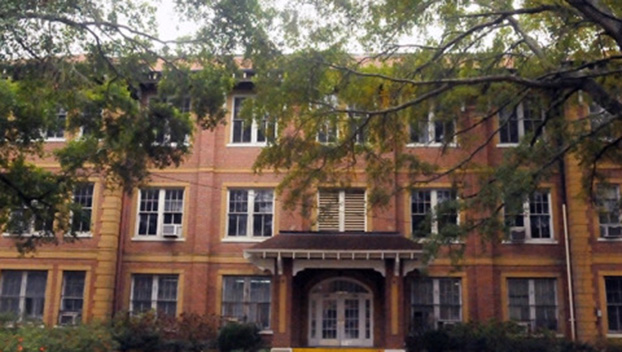 After roughly eight months on the job, Selma University President Eddie Hill is stepping down at the end of the month, leaving the beleaguered university yet again in uncertain territory.

According to a letter, Hill submitted his resignation, which takes effect at the end of the month, on Thursday, Feb. 4.

The letter provides no details for the reasons behind Hill’s departure.

Hill took the post as Selma University’s president in June 2020 as the school struggled to regain its footing after incurring a $785,000 debt with the U.S. Department of Education over inadequate paperwork and incomplete files submitted in relation to the Federal Student Financial Assistance Program.

Hill, who previously worked with the Alabama State Department of Education (ALSDE) assisting cash-strapped school districts across the state, quickly established a financial advisory committee for the university and set his sights on other efforts, including adding education accreditation to its offerings.

“I wanted so bad for us to achieve what they had lost over 20 years,” Hill said. “But they’ve got to keep that dream alive.”

While Hill would not provide details about the reasons behind his sudden departure, he noted that a difference of philosophies was at work.

“I had a chance to work with some of the hardest working people up there,” Hill said. “We wanted to make a difference. I came here as a dreamer, to pursue excellence in that school…but when my vision and other visions don’t coincide, you have to make a decision.”

“When two philosophies are different, there must be changes,” Hill continued. “I thought the [Alabama Missionary Baptist State Convention] and the board were going to be supportive, but I had to do it Eddie Hill’s way. I’m not going to…point fingers, we just had a different philosophy.”

Susan Youngblood, who worked alongside Hill during his earliest days at the university, noted that even during his short tenure he was able to make progress.

“Eddie Hill worked tirelessly and prevailed on everyone he knew towards restoring Selma University to a fully-functioning institution of higher learning,” Youngblood said. “He made a great deal of headway and we should all be grateful to the cohesion and progress he brought to Selma University. I hope the trustees and the convention take a close, hard look at the important things.”

Attempts to call Selma University were unsuccessful – a recorded message says the phone number displayed on the university’s website has been disconnected or is no longer in service.