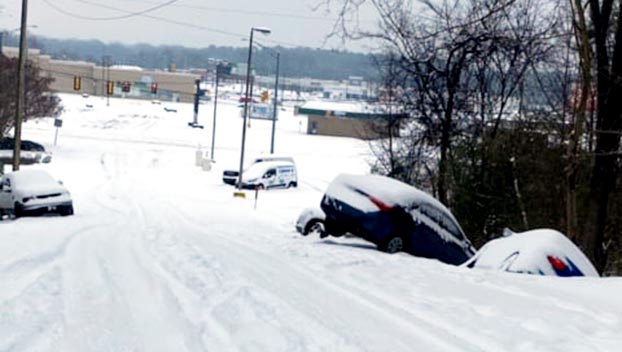 More than 100 cars have been stuck and abandoned in a North Alabama city after more than five inches of snow and ice accumulated on its roads and highways.

The Florence Police Department asked for the public’s patience as the city’s street department worked to clear roads.

Before noon, many of the streets were impassable, according to a police department social media post Thursday morning.

“We again ask that you stay off the roads unless it is a true emergency,” Florence police said.