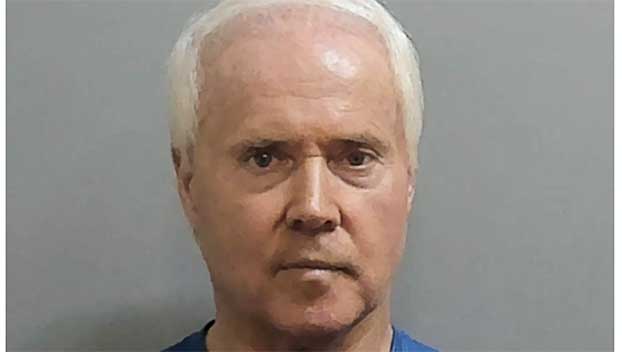 A former state lawmaker is suing the city of Montgomery and its police chief over his arrest last year on a sex abuse charge that was later dropped, maintaining he only “politely hugged” the woman in question.

Former Rep. Perry Hooper Jr. filed a civil lawsuit Tuesday saying the charge was “laughable” and claiming he was the victim of a “political set-up” by political enemies.

The lawsuit accuses city officials of violating the state open records law and his due process rights by not letting him see the police file on the case.

“The Plaintiff and his family have suffered emotionally and financially. The only way for the Plaintiff to save his reputation is to view said file and expose what was an obvious political set-up by the plaintiff’s political enemies,” attorneys wrote.

A spokeswoman for the Montgomery Police Department said the department does not comment on pending litigation.

Hooper was arrested in August 2022 after being accused of groping a restaurant hostess in downtown Montgomery. According to an affidavit filed in the case, Hooper was accused of grabbing the woman’s breasts and waist, kissing her on the neck and shoving his pelvis into her backside. The charge was dismissed in December when prosecutors said the woman wished to drop the matter.

Hooper’s attorneys wrote in the lawsuit that Hooper “politely hugged the hostess and kissed her on the cheek” to thank her for getting them a table. His attorneys said a 2.2-second video of the incident “clearly shows that (Hooper) did not commit a sexual act.”

Hooper issued a statement in December apologizing to the woman and calling his behavior unacceptable.

“I was wrong and I take full responsibility for my actions. (She) is an exemplary person and my behavior was unacceptable. I hope she will accept this apology for my regrettable conduct,” Hooper said in the statement issued through his attorney.

Hooper is a member of a prominent Republican family. He served in the Alabama House from 1983 to 2003. Hooper, as chairman of Alabama Trump Victory in 2016, campaigned and raised money for former President Donald Trump’s 2016 campaign. His father, Perry Hooper Sr., was a chief justice of the Alabama Supreme Court.