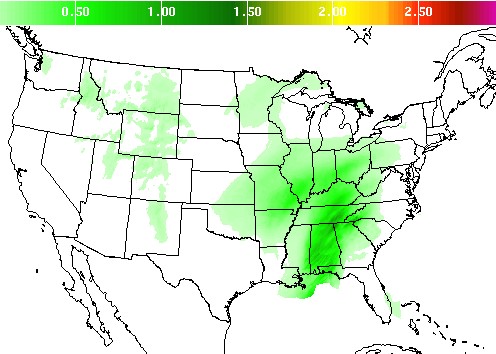 If you’re hoping for a nice sunny day following last night’s stormy weather, you’ll have to travel all the way down to the Gulf Coast. Otherwise, most of the state will record high temperatures in the morning before temperatures fall throughout the day.

The National Weather Service is watching for the potential of some river flooding after the heavy rainfall. We’ll have details on any advisories that may be issued.

Any remaining showers ending in the morning, then mostly cloudy skies. Temperatures falling to near 44 degrees by afternoon. Mostly cloudy tonight with a slight chance of sprinkles and a low near 36. Wind gusting up to 20 miles per hour.

Rain moving out by midmorning, then partly sunny with temperatures falling to around 48 degrees in the afternoon. Mostly cloudy tonight with a low around 36 degrees.