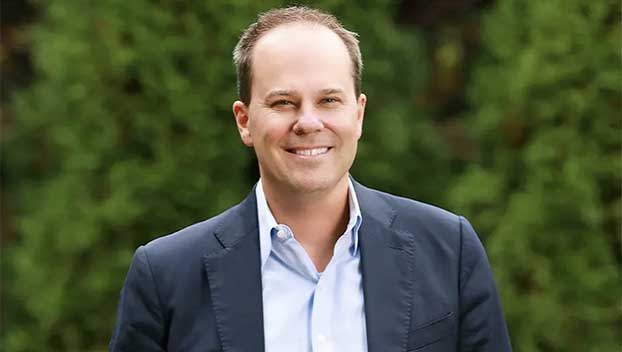 He started out as a smart aleck. Robert Bailey sat through his law school classes wondering whether his professors could succeed in an actual court of law. After becoming a lawyer, Bailey wrote an 800-page thriller about an aging professor called to work a trial. After honing it down to the real kernels of the story, he sold a two-book deal to a publisher. Now, with more than 1 million books sold, Bailey is releasing his ninth book in June.

For “The Professor,” Bailey worked eight years to learn to write a successful thriller novel. Inspired by a creative writing course at Davidson College in North Carolina and Stephen King’s book “On Writing,” Bailey decided to give it a shot. While maintaining a demanding law career and a family with three children, he rose every morning at 4 a.m. to pursue his dream.

“At first, I heard a lot of noes and felt pretty dejected. Then, I basically applied the 10,000-hour rule. By the second book, I was better at setting up scenes – using less thinking and more action,” says Bailey, referring to the theory in “Outliers: The Story of Success” by Malcolm Gladwell.

It was his second book, “Between Black and White,” that got the yeses rolling in. After receiving three callbacks, he chose his current agent. A big boost launched him in 2002 when “Forrest Gump” author Winston Groom wrote a blurb for one of his books. He hit pay dirt when “The Wrong Side,” a story about the murder of a teenage pop star, rose to the best-seller list at the Wall Street Journal.

The Huntsville, Alabama, native grew up spending time on a family farm in Hazel Green. His father cheered for the Crimson Tide, referring to Paul “Bear” Bryant as “The Man.” In “The Professor,” it is the coach who persuades the protagonist, a member of the 1961 UA football team, to return to teach in the law school.

“I grew up on football, yes ma’am, no ma’am, and Bear Bryant. His death was announced over the loudspeaker at my school. He was a mythic figure – guys who played for him talked about him with such reverence. The aura of winning was something people wanted to be a part of,” Bailey says.

It was another larger-than-life character who influenced his decision to become a lawyer: Atticus Finch, the hero of “To Kill a Mockingbird.” He joined Lanier Ford Law Firm in 1999, after he graduated from the University of Alabama School of Law. He defends insurance companies in mostly personal injury cases, which led him to create his current series protagonist, Jason Rich, a classic ambulance chaser. “Rich Blood” put the man who advertises on billboards as “Get Rich,” in a moral struggle. “Rich Waters,” his upcoming book, places Rich at Lake Guntersville. The combination of a charming small town with a placid lake and inherent danger at Sand Mountain and a fictional meth trade sets the stage for a family-driven thriller.

A personal favorite of Bailey’s is “The Golfer’s Carol.” Straying far from his thriller books, this novel is a combination of “It’s a Wonderful Life,” “A Christmas Carol” and “Field of Dreams” meeting on a golf course. The novel sprang from a time when his father was dying and his wife was diagnosed with cancer. Released on Election Day during the pandemic, the novel inspires hope through tough times. Writing four life-changing lessons in the book allowed Bailey to mourn his father, a storyteller who kept his kids on the edge of their seats between bouts of laughter.

Bailey believes in capturing his audience through emotion. “No tears in the writer, no tears in the reader,” he says. He confesses the process gives him “a buzz” when the words flow from brain to fingers to screen. He already has a new idea for his next book in the Rich series.

“The character of Jason Rich has a lot of meat on his bones,” Bailey says.

Thomas & Mercer and Putnam are Bailey’s publishers. His books can be found on Amazon and at Barnes & Noble.

This story originally was published by the SoulGrown website.