If first-year LSU coach Brian Kelly had remained at Notre Dame, there was no guarantee he would get another shot to coach against Alabama’s Nick Saban.

From now until one of them leaves his current post, they’ll be on opposite sidelines at least once a year. And odds are the stakes will be high — as they are this week.

“It’s not pressure. It’s a privilege to play in games like this,” Kelly asserted. “Certainly why I came to LSU.”

Kelly, meanwhile, has executed a relatively quick transformation at LSU, which hasn’t had a winning season since its unbeaten national championship squad in 2019. Thanks to a surprisingly dominant victory over previously unbeaten Mississippi on Oct. 22, the Tigers now host Alabama in a game that will give the winner an inside track to win the SEC Western Division.

But Kelly is under no illusions about the task at hand. He gushed about Saban, to whom he’s lost twice — both times when Alabama beat Notre Dame in college football’s postseason.

Kelly not only wished Saban a happy 71st birthday on Monday but also called him “arguably the greatest head coach in college football history.”

Kelly raved about Crimson Tide quarterback Bryce Young, who already has a Heisman Trophy to his name, and Alabama edge rusher Will Anderson, who has a team-high six sacks.

Although Saban is 12-4 against LSU since arriving in Tuscaloosa in 2007, he usually expresses wariness about this matchup.

Saban is all too familiar with the football talent in Louisiana. He won his first national title as LSU’s coach in the 2003 season — in no small part by stockpiling home-grown players. That success propelled him to an NFL head coaching job in Miami, which he fatefully left because of Alabama’s aggressive pursuit.

This week, Saban commended Kelly on his early work at LSU, which has been exemplified by the play of dual-threat QB Jatyden Daniels, an Arizona State transfer who’s passed for 12 TDs and run for nine others this season.

“When you have good teaching, players do adapt and they do improve,” Saban said, adding that LSU “is playing with a lot more discipline and they’re really focused.”

“They believe in each other. I think they believe and trust in the coaching staff,” Saban continued. “That’s why they made the progress that they’ve made.”

Alabama’s Young had a bye week to heal his sprained throwing shoulder ahead of his latest game against a Top 25 opponent. Young, the 2021 Heisman Trophy winner, has thrived against ranked teams, averaging 335.2 yards over nine such games with 22 touchdowns against six interceptions.

“It’s pretty amazing some of the plays that he makes,” Kelly said. “He is not making it up, but he is improvising and making plays. He is elite. That’s all I can say.”

Meanwhile, Young said, “That rest and recovery period (last week) has been really beneficial for me.”

Kelly said receiver Jack Bech (back) and running back John Emery Jr. (lower leg), who did not play against Ole Miss, both looked good in practice this week and are slated to play.

Meanwhile, Kelly said offensive guard Garrett Dellinger probably won’t start but should be recovered enough from a knee injury to play 20-plus snaps.

“He would be somebody that would be able to be in a rotation for us, which will be very beneficial,” Kelly said.

On defense, LSU safety Major Burns has been cleared to play for the first time since his neck injury against Mississippi State on Sept. 17.

Alabama cornerback and LSU transfer Eli Ricks appears to be facing his former team at a good time personally. He started his first game for the Tide against Mississippi State and was credited with his first four pass breakups this season.

Linebacker Henry To’oTo’o can relate to a player facing his former team. The Tennessee transfer has faced the Volunteers the past two seasons.

If he offered advice to Ricks, it would be: “Be ready, play your ball, play your game, you’re Alabama now. You’re with us.”

After limiting Perkins, a true freshman, to primarily three-linebacker formations early this season, LSU’s staff now appears comfortable having Perkins on the field more — and alongside BJ Ojulari, who leads the team in tackles for loss and sacks.

“It’s important that the best players play,” Kelly said. “Obviously, we want to get Ojulari on the field and Perkins. Those guys are making plays and have had for us high production.” 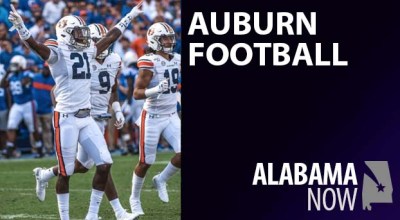