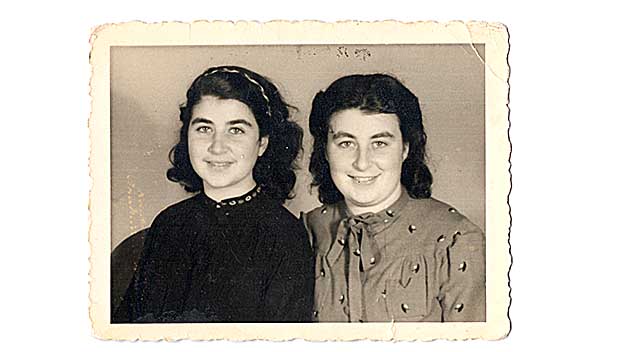 Two sisters who survived the Holocaust as girls and moved to the United States afterward died just days apart in their adopted home of Alabama.

The women were born in Germany and were girls when Adolf Hitler rose to power in the 1930s. After losing their parents and older brother in the Holocaust but surviving Nazi death camps themselves, the two women were inseparable, the center said in an announcement.

“They were always together,” Ann Mollengarden, education director for the Alabama Holocaust Education Center, told Al.com. “When Ilse died, I think Ruth was ready.”

In early 1944, the girls were selected as workers at the Birkenau camp and separated from their mother, who they never saw again, according to a biography of the women. They last saw their father at the camp, and their brother died at a camp in Germany.

“The girls worked carrying bricks from one end of the compound to the other for hours at a time. Ilse sewed gun covers and uniforms as well. Working close to the crematory ovens, they saw the mountains of shoes. For the first time, they realized that their fellow prisoners were being killed and cremated,” the biography said.

Each woman married fellow Holocaust survivors in 1949. Ruth and Walter Siegler moved to Birmingham in 1960 to be with Ilse and Walter Nathan, who already lived in the area.

The women, who taught lessons about the Holocaust, were both widows and remained best friends until the end, living within walking distance of each other for years.

In a 2011 interview with The Birmingham News, Ruth Siegler discussed the reasons for writing a memoir, “My Father’s Blessing,” which included papers and photographs that documented her journey surviving the Holocaust.

‘’I have all these memories,’’ she said. ‘’I remember everything.’’

During the interview, her sister Ilse came to visit. The sisters helped each other survive, and faith helped them through, they agreed.

‘’I always say have faith and hope,’’ Ilse Nathan said. ‘’We leaned on each other and prayed together.’’