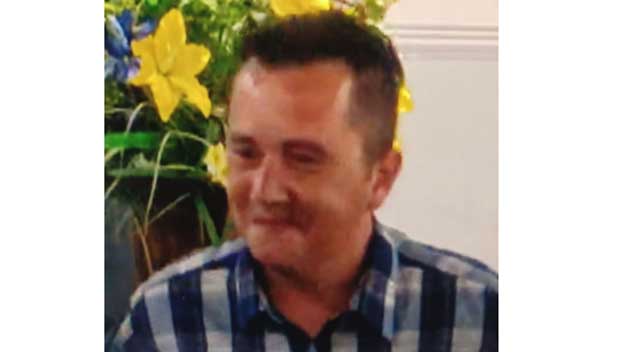 Alabama police are trying to locate a man who interrupted several churches services on Sunday and left an envelope with strange items inside on one church’s front pew.

During services at Northern Heights Baptist Church, in Opp, Alabama, the man entered the church through the main entrance a few minutes into the sermon portion of the service. He proceeded to the front of the church where he kneeled and performed the Catholic Sign of the Cross. He then left several items on the pew, including a manila envelope, before getting up and walking out of the church.

Northern Heights Baptist Church Pastor Johnathan Jones said the man remained quiet and did no harm, but that it did cause an awkward moment for the congregation.

“He came into the sanctuary, walking down the center aisle. He got to the middle of the front few pews and took a knee and did the Catholic cross sign. He took a manila envelope out from under his arm and sat in on the pew,” Jones said.

On the manila envelope was written in big letters: ‘to you, the general public.’ Jones said at that point the man smiled and walked out.

“Several of our men followed him out, just to make sure he wasn’t a threat or to see if they could help him. From there, we continued on with our service. Of course, everyone was curious about what had happened,” Jones said.

The men who followed him out were unsuccessful in speaking with the man as he drove away in an SUV with a Florida tag.

Following the service, Jones said some men put on rubber gloves, took the manila envelope to a room where the contents were inspected.

“It was just several weird letters and blurry, low-quality pictures. There was also a jump drive that had a lot of documents that were what he called sermons or prophecies. They were incoherent. More like musings than prophecy,” Jones said.

“It was just a little interruption at first. It was odd, but that was all. He didn’t hurt anything,” he said.

Apparently, the man attempted to enter several other churches in Opp, including the Church of Christ, First United Methodist and First Baptist. In each of those cases, the man left when he was stopped and told to wait until the end of the service.

Opp Police Chief Kevin Chance could not be reached Tuesday, but KDHN reported that the department is looking for the individual in case he needs help and to provide peace of mind to the city’s churches.

Anyone with information about the man should call the Opp Police Department.

Republished with permission of The Andalusia Star News.