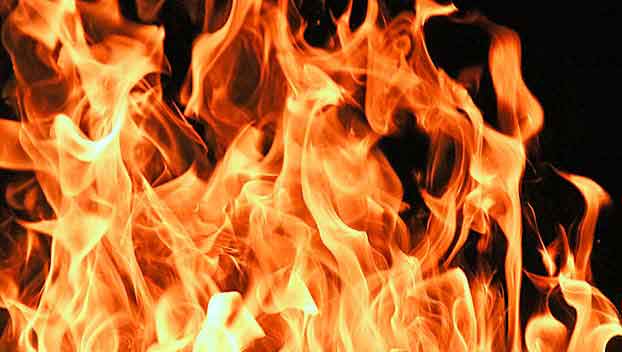 A wildfire that began over the weekend consumed about 450 acres of woods southeast of Birmingham, threatening homes but not causing any reported injuries.

Fire officials say smoke and smoldering debris will continue for several days from the blaze, which began near a residential area on Double Oak Mountain on Saturday afternoon. Winds drove the flames up a ridge, endangering nearly a dozen homes and creating a scary situation for homeowners.

Crews from area fire departments and the Alabama Forestry Commission worked to control the fire by creating breaks, and a state helicopter was brought in to douse the wildfire with water.

Officials haven’t said what caused the fire, but it started at an address in a subdivision near Vandiver and authorities say it’s a bad time to burn debris.