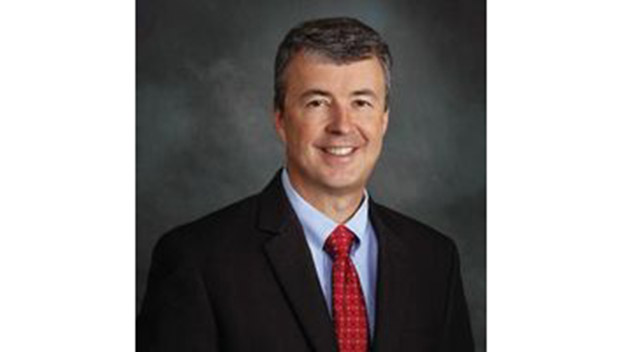 The exchange came as the Republican Marshall was questioned by Sen. Sheldon Whitehouse, a Democrat from Rhode Island, about Marshall’s ties to a group that promoted the rally that occurred in Washington before the Jan. 6 attack on the U.S. Capitol by supporters of then-President Donald Trump.

“Is Joseph R. Biden of Delaware the duly elected and lawfully serving president of the United States of America?” Whitehouse asked.

“He is the president of this country,” replied Marshall, who was invited by the Judiciary Committee’s Republican minority and questioned in his testimony whether Jackson stands up for crime victims.

“Is he the duly elected and lawfully serving president of the United States?” Whitehouse pressed.

“He is the president of our country,” Marshall answered.

“Are you answering that omitting the language ‘duly elected and lawfully serving’ purposefully?” Whitehouse responded.

“I am answering the question. He is president of the United States,” Marshall said.

“And you have no view as to whether he was duly elected or is lawfully serving?” the senator asked.

“I am telling you he is the president of the United States,” Marshall replied.

Afterward, Whitehouse said, “I have no further questions.”

A spokesman for the state attorney general’s office didn’t immediately respond to an email seeking comment on the remarks by Marshall, who was among a group of attorneys general who joined in a 2020 legal brief challenging voting results in four battleground states lost by Trump, who falsely claims the election was stolen.

Marshall is a former county prosecutor who was first appointed to the state’s top legal position in 2017, won a full term in 2018 and is seeking reelection this year.

Marshall also is a member of the executive committee of the Republican Attorneys General Association, a branch of which promoted the pro-Trump rally that preceded the Capitol riot. Under questioning from Whitehouse, Marshall denied that the group had anything to do with the violent attack and declined the senator’s invitation to address U.S. Capitol Police officers who were injured.

“We’ve denounced that violence before and as I’ve done with you here today,” Marshall said.

Marshall previously said staff members with the GOP association made unauthorized decisions ahead of robocalls that went out promoting the rally.