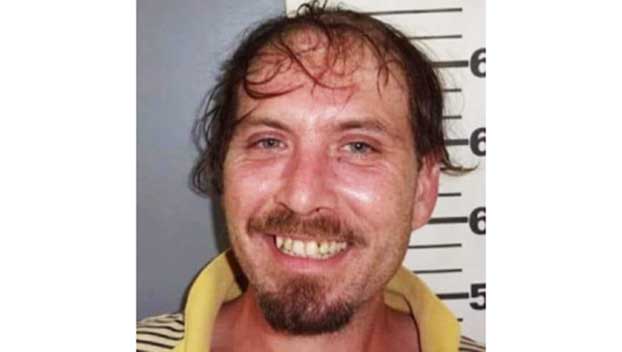 After a two-day trial, a Covington County jury convicted an Alabama man of charges related to a wreck that resulted in life-changing injuries for a father and son.

John Eric Owens, 37, was found guilty of two counts of second-degree assault, DUI, driving with a revoked license, and failure to carry proof of insurance. The six-man, six-woman jury deliberated for a short time earlier this week before returning the guilty verdicts against Owens. Presiding Circuit Judge Charles A. “Lex” Short presided over the case. Owens was represented by Riley Powell of Gulf Shores.

The charges stemmed from a wreck that occurred around 8 p.m. on a Friday night in May of 2020. The evidence presented at trial indicated that Owens rear-ended an all-terrain vehicle on Antioch Road. As a result of the collision, the driver and his child, the passenger, were thrown from the ATV. The child was pinned beneath the ATV and neighbors helped extricate him. The child and his father were flown to Sacred Heart in Pensacola, where they were treated for their injuries. The child became paralyzed as a result of his injuries and his father suffered a traumatic brain injury. Owens was unharmed.

The evidence at trial showed that Owens was extremely intoxicated, according to the District Attorney’s Office. Various witnesses testified that he had a strong odor of alcohol about him and that he was making nonsensical statements, to include that he had “been in three world wars.” A blood sample was taken from Owens and analyzed by Alabama Department of Forensic Sciences toxicologists. The analysis revealed that Owens’s blood alcohol content was .291, nearly four times the legal limit.

Two witnesses who had seen Owens driving minutes before the collision testified that he was driving without headlights and that he had driven over a small fire in his own yard. Another witness testified that Owens had “flown by” his house at a high rate of speed and that, seconds later, he heard the collision. Alabama State Trooper David Brownlee testified that he determined Owens’s driver’s license had previously been revoked.

Owens testified that he had consumed four beers and two mixed drinks containing rum and orange juice that day but claimed he was not intoxicated when he drove his vehicle. He said that his driver’s license had been revoked since 2004 or 2006.

“Owens didn’t want to take responsibility for his actions and tried to blame the victims for the wreck,” said Chief Assistant District Attorney Grace Jeter, who represented the State at trial. “The jury was able to see through his story because the investigation was so solid and the testimony of the witnesses showed his reckless disregard for life that night. The child’s testimony, in particular, was compelling in that the jury saw his strength, his courage, and his resilience.”

District Attorney Walt Merrell commended the effort of those prosecuting the case.

“Grace did a great job with this prosecution. She took an emotionally difficult case to handle and prosecuted it with the utmost of her efforts.

“As for Owens,” Merrell added, “nothing we ever do can right the wrong he committed. It is heinous and tragic.”

Merrell and Jeter both complimented the Alabama State Trooper, Covington County Sheriff Blake Turman and his deputies, and all of the Antioch Volunteer Firefighters who responded to the wreck.

“From start to finish, they did a fantastic job,” Merrell said.

Jeter added that another member of the team performed an important job in the case.

“I also want to mention Wendell and his role in this case. Wendell is our facility dog. His ‘job’ is to comfort crime victims, and he has an amazing capacity to ease anxieties,” Jeter added. “In this trial, he sat at the feet of the child as he testified. The jurors didn’t even realize Wendell was there, but he helped soothe that child as he recounted the accident for the jury.”

Court records show that Owens had previously been convicted of DUI four times. Judge Short will sentence him in May. Assault II is a Class C felony and has a maximum sentence of 10 years imprisonment in the Alabama Department of Corrections. DUI is a Class A misdemeanor and is punishable by up to one-year imprisonment in the Covington County Jail. Driving While License Revoked and Failure to Carry Evidence of Insurance are also misdemeanor offenses.