Man who conned Alabama city of $1.9M released from prison, says he regrets his crimes 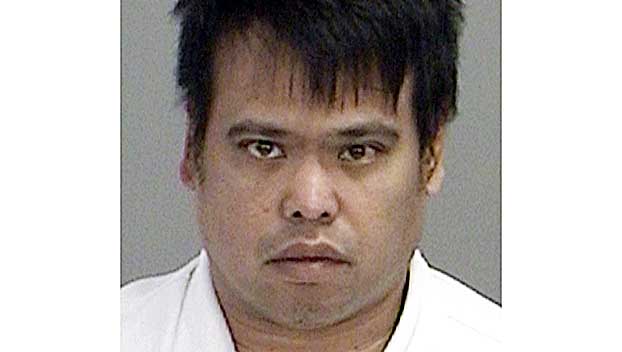 Kyle Sandler is only a few weeks out of federal prison, and he needs a job.

Sandler still owes $1,903,000 in restitution for running a two-year scheme in Opelika that defrauded investors, disillusioned a community, and briefly created an abortive presidential campaign by an eccentric entrepreneur who eventually died by his own hand in a Spanish prison.

The Lee County district attorney who helped send him to jail ended up behind bars himself for ethics violations.

Sandler, now in a halfway house in Montgomery, said he can’t sugarcoat his resume, which was displayed to the world last year in HBO Max’s “Generation Hustle.”

Sandler lost his family and 90% of his friends, he said, lying to people as he took their checks, stealing from people who called him a friend, while those same people were loaning him keys to their beach houses.

“The most devastating part is the people I hurt,” Sandler said during a phone interview.

“At the end of the day, I let the community down, I let myself down, I let my family down. But we were onto something great, and that’s why this was so devastating.”

Kyle Geoffrey Sandler, 46, is a Maryland transplant to Alabama who formed the Roundhouse in Opelika, as a launching pad for new tech companies, in October 2014.

Sandler advertised the Roundhouse as a business incubator to help develop new and startup companies by providing services such as venture capital, office space and management training.

He located in Opelika due to family ties and the city’s status at that time as a “Gig city” with high speed Internet.

Sandler was able to do this by passing himself off as a former Google executive who had left the company with a large sum of money.

In fact, he had previously been arrested for theft, forgery and check fraud, and had convictions in two states for attempted theft and forgery.

During his time in Opelika, prosecutors said, Sandler raked in investments totaling about $1.9 million from more than 50 investors, all the while diverting their money for his personal expenses such as child care, rent and cars.

Sandler has had time to think about what happened. He said he had planned to keep a 51% controlling interest in Roundhouse. But he began using the money for personal expenses, and then the fraud began to evolve after he had raised about $500,000.

The momentum — the vibe — at Roundhouse, he said, was positive. Visitors would see a busy, optimistic atmosphere with energetic, ambitious people working at all hours. It was a heady environment.

“I was at Eighth and Rail (an Opelika bar) one night around midnight, and a guy came up to me, and he said, ‘I’ve got to get into this thing. I can write you a $20,000 check right now,’” he remembered.

“I had already liquidated myself down to about 25%. I took this guy’s check, another guy’s, another guy’s, and by the spring of 2016, I had no equity left in the Roundhouse. By the fall, I had sold probably twice the amount of equity I was supposed to.”

Sandler freely admits that he engaged in fraud.

In fact, he’s decided that, in some ways, he needed a “really quick dose of reality” in prison to deal with long term issues in his personality. It wasn’t an easy process. Yet, he says he didn’t move to Opelika with the idea of concocting the scheme.

The Roundhouse did set up meetings for entrepreneurs with investors, and had other funded startups in the building. He never “sought out little old ladies with their last thousand dollars.”

“We were really doing what we set out to do,” he said. “A lot of people got the impression that I sat in some backroom of my house and ran some Ponzi scheme. And that’s definitely not what happened.”

Then John McAfee, the antivirus software entrepreneur, entered the picture.

A flamboyant, brash personality, McAfee began coming to the Roundhouse through his association with another business partner. What most people did not know, Sandler said, was that McAfee at that time was broke.

“I latched onto him because the publicity was great,” he said. “He was so broke that I was paying for him to stay at the Microtel over in Tiger Town.”

While McAfee was in Opelika, the two of them hatched a plan for him to begin a presidential bid from the Roundhouse, as a ploy to attract investors.

Sandler said the two shared a lot of traits, though he described McAfee as “crazy” and a “piece of work.” McAfee was aware of Sandler’s fraud, he said.

“At one point, we’d host a potential investor,” he said. “The check would come, and I would upgrade my car. That’s how sick and disgusting it got at the end.”

McAfee died last June in a Spanish jail, only hours after a court issued a preliminary ruling paving the way for him to be extradited back to the United States on tax-related criminal charges.

He also faced an indictment in Manhattan federal court on fraud and money laundering charges after he allegedly made $13 million by duping cryptocurrency investors.

Sandler also landed national media coverage for an Opelika teenager with an idea for a new kind of vending machine said to be worth millions.

Taylor Rosenthal, a 13-year-old at the time, had a plan for selling first-aid supplies, which morphed into a vending machine dispensing injury-specific products. Sandler led the teen to believe he had offers from Johnson & Johnson and Six Flags.

Sandler called him “one of the biggest victims of my crime.” The two formed an unlikely friendship, their families bonding, he said,

“Taylor spent his entire winter break at the Roundhouse,” he said.

“This kid worked his ass off. We had to kick him out on Christmas Eve. We formed a real friendship despite our difference in age. His parents trusted me with their kid. At the end of the day, I shattered his dream and shattered our friendship. He’s going to be wildly successful going forward, but that doesn’t take away from what I did. I have not had a chance to say I’m sorry.”

Sandler said he gave “thousands” to Hughes’ campaign — “but from ill-gotten gains” — and actually called him before he left town in 2016.

At the same time, he said, Hughes tried to get the court to make him serve his state and federal prison sentences consecutively. In 2019, Sandler returned to Lee County where he was sentenced to 12 months in jail and five years probation for first degree theft.

But since Sandler went to jail, Hughes was sentenced last November to 10 months in state prison after pleading guilty to first degree perjury and using his public office for personal gain.

“Brandon Hughes railroaded me,” he said. “At the same time, I’m sympathetic to him. He was in the same place I am…I believe he should have recused himself from my case. But I believe inside he’s a good person, and I think he’s going to bounce back.”

On Dec. 6, 2016, Sandler said, he received a letter from the FBI, informing him he was the target of an investigation.

“I left town the very next day,” he said. The Roundhouse closed that same month.

In June 2018, he was finally arrested in Texas, weeks after records show he and a young woman formed a startup media company in College Station with plans to sell as much as $650 million in shares with a minimum investment of $10,000.

He pleaded guilty in 2018 to one court of federal wire fraud and one count of securities fraud.

“Your job from this day forward is to make your actions align with your words,” U.S. District Judge W. Keith Watkins told Sandler at his sentencing hearing.

“Remorse doesn’t begin to say it,” Sandler told the judge during a February 2019 court appearance. “I’m disgusted with myself.”

After Sandler requested concurrent sentencing, he was informed in an Arkansas prison on Valentine’s Day, 2022 that he was eligible for early release due to time credits earned through participation in more than 50 prison programs.

While in prison, he co-founded RazorWire Media, an incubator for convicted felons to develop their own entrepreneurial ideas, though with investors who know about their criminal activities. He plans to eventually head to Florida to begin the next chapter of his life.

And Sandler says the side of him that investors saw — a person active in the community, willing to serve on boards, mentoring young people — is the person he eventually wants to be.

“There’s nothing I can say to anybody,” he said. “I just need to show them.”