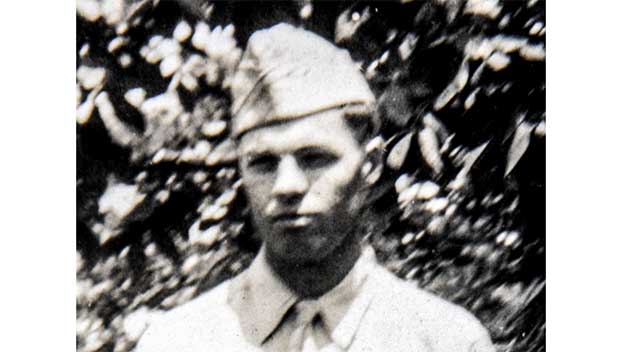 An Alabama soldier killed in 1944 while fighting in World War II was buried Friday at a veterans cemetery following the identification of his remains, which were found in Germany after the war.

About 75 people attended the service for Army Pfc. Bill Morrison at the Alabama State Veterans Memorial Cemetery, located in Baldwin County across Mobile Bay from Mobile. The crowd included as many as 20 relatives of Morrison, said Brandon Miller of the Alabama Department of Veteran Affairs.

Morrison’s remains were identified last summer using DNA testing, according to the Defense Department, and they were returned to Alabama last week.

Morrison, 29, of Birmingham was assigned to Company G, 2nd Battalion, 110th Infantry Regiment, 28th Infantry Division during the war in Europe, according to the Pentagon. He was killed during a battle against Nazi forces in the Hurtgen Forest of Germany on Nov. 8, 1944, but his body couldn’t be recovered.

A U.S. military historian determined that remains found by a German civilian after the war might have been those of Morrison, but they were buried in the Ardennes American Cemetery in 1950 without further identification possible.

The remains were disinterred in 2019 and determined to be those of Morrison using a combination of DNA testing, dental and anthropological testing and physical evidence, according to a statement by the Defense POW/MIA Accounting Agency.