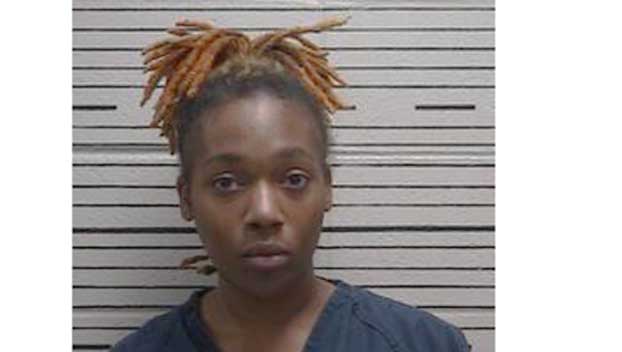 A woman is facing animal cruelty charges after deputies found several dogs chained and another dead at a home in Alabama’s Autauga County.

Danielle Chunte Erskine, 28, of Autaugaville is charged with five counts of cruelty to animals, WSFA-TV reported.

According to court records, deputies were called to a home in Autaugaville around 6 a.m. Thursday. Deputies said they noticed a dead dog and several others that appeared malnourished in an enclosure at the residence.

Four dogs were found to be confined using heavy-duty chains, which restricted their movement. The dogs did not have access to clean water or food. And, records indicate that one of the dogs appeared to be injured. A large laceration could be seen on its left shoulder that appeared to have been untreated.

The dogs were removed and are awaiting a medical screening, court records said.

Erskine is being held in the Autauga County Jail under a $60,000 cash-only bail. It was unknown if she has an attorney who could speak on her behalf.

Alabama teen charged with killing five members of his…