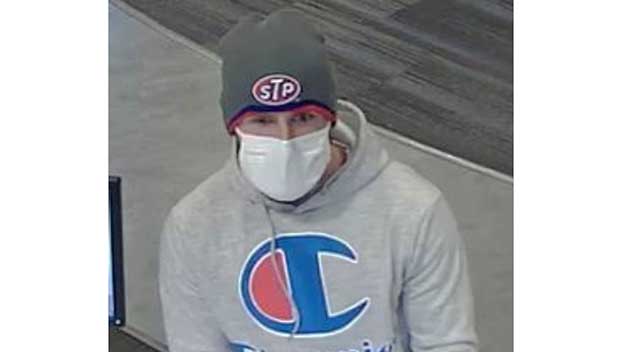 The FBI is seeking help from the public in identifying a man who has robbed several banks in Tennessee and Alabama since December.

The suspect was disguised in a mask and wore different clothes during each robbery, including a 2018 Chattanooga Turkey Trot shirt, a Nashville Predators cap and a University of Alabama face covering, the FBI said in a statement Friday.

The suspect possibly has brown or green eyes and a short trimmed beard, and “walks with a straight-backed posture, arms swinging slightly away from his body,” the FBI’s statement said.

Two Nashville banks also were robbed — a Fifth Third Bank on Jan. 21 and a Renasant Bank on Feb. 2.

The FBI said a Citizens Bank in Elkmont, Alabama, was robbed on Feb. 7 and Feb 9. The man also tried to rob a Regions Bank in Athens, Alabama, on Feb. 7, the FBI said.

Anyone with information is asked to call FBI offices in Knoxville, Nashville or Birmingham.