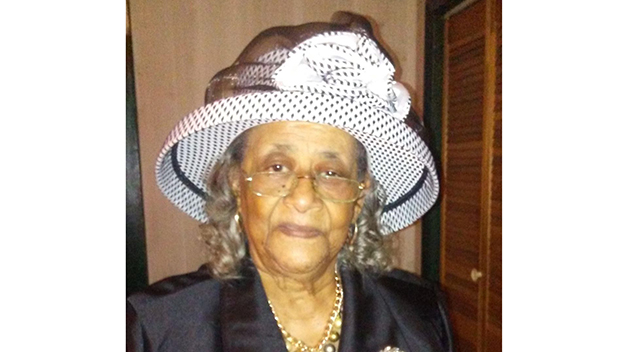 Longtime nurse Lula Edwards is considered one of the unsung heroes of the Civil Rights movement in Selma during the 1960’s.

Edwards passed away on February 1 in Pleasant Grove. She was 92. Graveside funeral services will be held on Saturday at noon at Serenity Memorial Gardens.

In Selma and Dallas County, Edwards was often called “Mother Lula.”  She was best known for treating beaten civil rights activists and protestors on “Bloody Sunday” on March 7, 1965. The protest led to the Voting Rights Act of 1965, signed by then-President Lyndon B. Johnson.

One of Edwards’ grandchildren, Robert Stewart, a State Senator candidate, appreciated her courage and determination.

“As grandchildren, we are the progeny of our grandmother’s good deeds,” Stewart said. “She was always there supporting us in important moments in life. She passed down love like a family heirloom.”

Edwards, born the daughter of sharecroppers during the Great Depression Era in Orrville, was a pioneer in other areas across Dallas County.  She was part of the inaugural graduating class of Keith High School in 1948, finishing atop the class.

After taking care of her ailing brother Robert, nuns at Good Samaritan Hospital were impressed with Edwards and they encouraged her to become a nurse.

Edwards completed her LPN training at Good Samaritan School of Nursing in 1953. After Good Sam closed, Edwards worked at Vaughan Regional Medical Center and retired in 1995.

At the time of Edwards’ retirement, she was honored by Chi Eta Phi Nursing Sorority, Inc. Edwards also on the nursing staff of Dr. Ernest Okeke Family Medicine

From her home, Edwards provided free healthcare to people in her community who did not have healthcare access.

“Our mother was the epitome of selflessness; through her life we were reared with those values of service over self. We understood we had to share our mother with the entire community,” Marzette said.

Added Menifee: ““Our mother was our compass and North Star, she gave a sense of director in Christian love.”