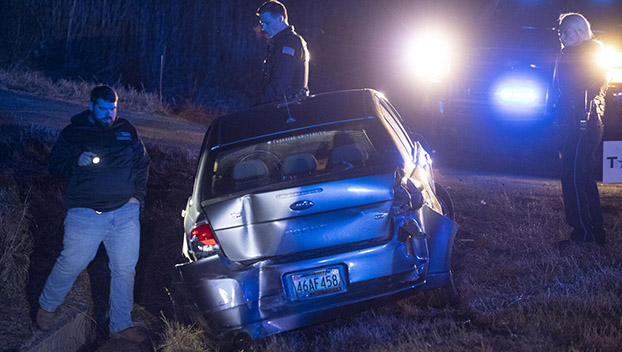 “Our deputies saw a vehicle matching the description speeding [on U.S. Highway 280],” Howell said. “They attempted a traffic stop.”

The pursuit passed through Alexander City across the River Bridge. The pursuit continued to Dadeville where Mabson was met by officers from the Dadeville and Camp Hill police departments.

The Tallapoosa County Sheriff’s Department was also involved in the pursuit. Social media reports had Mabson turning around on U.S. Highway 280 returning westbound. Some reports had the vehicle with flat tires. The pursuit ended in the westbound lanes of U.S. Highway 280 just west of Highway 49 North. The incident had one lane of traffic blocked.

Both Howell and Tallapoosa County sheriff Jimmy Abbett said no one was injured in the incident.

Mabson, 31, Tuskegee was charged with three counts of second-degree assault, driving under the influence, reckless endangerment and attempting to elude by Tallapoosa County Sheriff’s Department. Abbett said Dadeville had charges against Mabson and that Mabson faces charges in Coosa County.

“He will face attempting to elude law enforcement and several traffic violations at the least,” Howell said.

It is unknown what Mabson might be charged with in Talladega County.

Currently, Mabson is in the Tallapoosa County Jail with no bond available to him as there has not been a 72-hour hearing yet.
Mabson did speak before he was put into a patrol vehicle.

“I’m sorry,” Mabson said, handcuffed, lying on the ground. “I’m not that person. I don’t do that type stuff.”