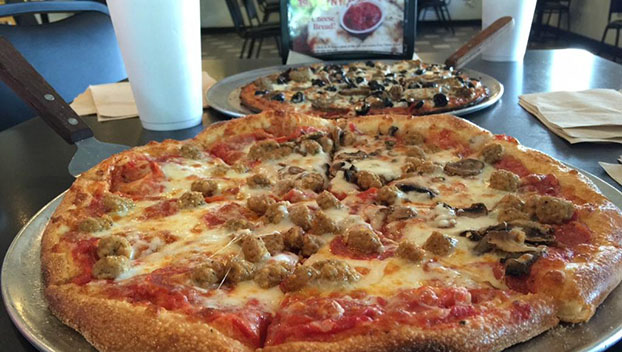 Eric Wyatt said the idea for Broadway Pizzeria took shape when he was working as a firefighter.

“On my off-days from the fire department, I used to deliver pizza for Papa John’s on the side. And I just got this idea that I would try my hand at the pizza business myself and use wood-burning ovens to just kind of set us apart from the crowd,” Wyatt said.

Wyatt, a Huntsville native, worked for 13 years as firefighter for the city of Bessemer before becoming a paramedic. He moved to Tuscaloosa in 1992 and finally realized his dream on April 1, 2002, by opening Broadway Pizzeria.

‘
On Dec. 23, Wyatt closed the Rice Mine Road location after his lease expired and the building’s owners told him they have other plans for the property.

While Wyatt said that closing the original Broadway location after nearly 20 years has been tough emotionally, he’s proud that the name will live on through two other independently owned and operated restaurants: Broadway Pizza 43 in Northport and Broadway Pizza South at 5400 McFarland Blvd. E.

“I’ve been sad about it, you know, any small-business owner will tell you that their business is almost like their baby,” said Wyatt, who has moved to Florida to pursue a career in real estate and community association management.

“You never want to see it stop, you want it to continue to move on. And Broadway sort of does, because the other two stores continue to be successful. I’m proud of that,” he said.

Wyatt said he enjoyed the fellowship and family aspect that Broadway has allowed him and his employees to experience. Wyatt’s four children grew up working in the pizzeria until they finished school.

“I feel like we’ve had a really good run there. We’ve done a lot of good in the community. And we have the satisfaction of knowing that we’re going out with a good name,” Wyatt said.

He said he believed that Broadway was the very first wood-fired pizzeria in Alabama. The wood-burning stoves and dough made from scratch caught on quickly with customers, he said.

On Broadway’s last day of operations, Wyatt returned to Tuscaloosa and held a closing party for customers and employees.
In a social media post made in late October, Wyatt expressed his appreciation for the support his Rice Mine Road location has enjoyed.

“I’m eternally grateful to so many super-loyal customers. It’s been an amazing thing to see the same people faithfully come to our humble little place day in, day out over the years, some bringing children that we’ve watched grow up and form a second generation of Broadway fans. To those of you who have supported us all throughout this endeavor, thank you from the very bottom of my heart,” he said.