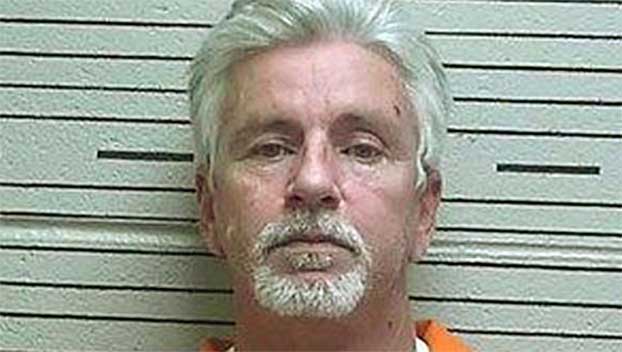 An Alabama sex offender has been sentenced to six consecutive life terms, plus 190 years.

Gary Wayne George, 57, of Prattville, pleaded guilty to three counts each of rape in the second degree and sodomy, five counts of possession of child pornography and one count of violation of the Sex Offender Registration and Notification Act, The Montgomery Advertiser reported.

Circuit Judge Ben Fuller on Tuesday ordered him to serve the life sentences for each of the rape and sodomy charges, five consecutive 20-year sentences on the child pornography charges and 90 years for the sex offender registry notification violation.

Longtime courthouse observers told the newspaper it is the harshest non-murder related sentence ever handed down in Autauga County.

George entered a “blind plea,” meaning the prosecution did not recommend a sentence as part of plea negotiations.

“Gary Wayne George is where he needs to be, behind bars for the rest of his life where he will never be a threat again,” said Chief Assistant District Attorney C.J. Robinson.

The abuse occurred in 2017 and Wayne was arrested the next year. The victim was a girl between the ages of 12 and 16. The girl’s family caught George having sex with her at the home of a relative where she had been visiting during the 2017 Thanksgiving holiday.

The age of consent in Alabama is 16.

George was originally indicted on 57 counts and after posting bond, he fled to Texas before trial, allegedly telling people law enforcement would never find him.

“Well, we did find him and we brought him back to Autauga County,” Robinson said. “I think the judge took into consideration his attempts to flee justice, his previous conviction and the nature of the charges in our case in sentencing.

“If you have ever seen a sentence handed down as as example to others on what can happen to them, then good God this is it.”

In 1996, George was convicted in Montgomery County of sexual abuse, where the victim was an 18-year-old woman, according to the statewide sex offender registry maintained by the Alabama Law Enforcement Agency.

Sex offenders must register with the law enforcement agencies where they live and are restricted to where they can live. George was living at an improper address in the Autauga County case, officials said.