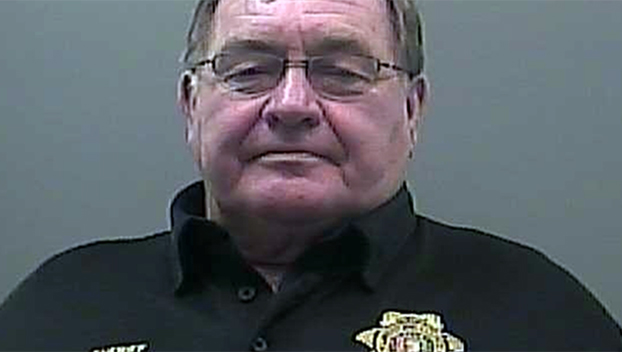 A longtime Alabama sheriff convicted of felony charges and removed from office should have to remain in jail until he is sentenced, prosecutors told a judge Tuesday.

Former Limestone County Sheriff Mike Blakely hasn’t shown any reason he should be treated differently than other convicted felons in his home county, where the standard practice is for defendants to remain jailed until sentencing, the state argued in court papers a day after jurors convicted Blakely on theft and ethics charges.

The state plans to seek prison time for the 70-year-old Blakely, who was held in the same jail he oversaw for nearly 40 years, and there is “no just reason to delay the start of that sentence so that he can be given credit for any time in custody,” prosecutors said.
The defense argued that Blakely wasn’t a flight risk and is a lifelong resident of the county and should be able to go free on bond while awaiting a sentencing hearing, set for Aug. 20. It disagreed with prosecutors’ claim that people convicted in the county generally remain jailed until sentencing.

Blakely, who was indicted in 2019, had been free on a $49,000 bond until the jury convicted him on theft and ethics charges on Monday, resulting in his removal from office. He was found guilty of borrowing money from a jail safe used to hold inmates’ money and depositing $4,000 in campaign funds into his personal account.

First elected in 1982, Blakely was acquitted on multiple other counts. Blakely still faces a possible prison sentence of between two and 20 years for each count.