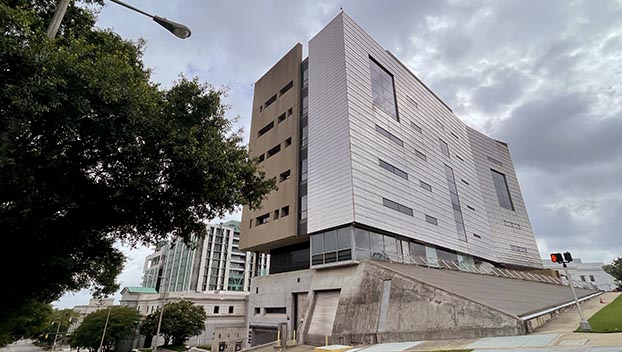 A federal appeals court on Monday upheld the dismissal of a lawsuit in which a Baltimore attorney accused the Southern Poverty Law Center of defaming him in articles highlighting his ties to a neo-Nazi group.

A three-judge panel of the 4th U.S. Circuit Court of Appeals unanimously rejected Glen K. Allen’s claim that his membership in the National Alliance, once the nation’s largest neo-Nazi group, wasn’t a matter of public concern.

The panel noted that Allen was involved in a white supremacist organization while he was defending the city of Baltimore against a lawsuit brought by a Black man who claimed he was wrongfully convicted of murder and spent 19 years in prison.
The city fired him as an attorney for its law department after the Alabama-based SPLC published an August 2016 article that described Allen as a “well-known neo-Nazi lawyer” and noted his work on the Black man’s lawsuit. The article also included copies of receipts for Allen’s National Alliance dues payments and presented evidence of his attendance at a “Holocaust Revisionist Conference.”

In 2017, the law center published a “hate map” that included a photograph of Allen bearing the caption, “Exposing Racists Who Infiltrate Public Institutions.”

Allen sued the law center and two of its former employees, Heidi Beirich and Mark Potok, in 2018. He appealed after U.S. District Judge Catherine Blake in Maryland threw out the case in 2019.

The 4th Circuit judges concluded that the First Amendment protected the law center’s publication of information about Allen from documents that it obtained from a former National Alliance accountant who secretly scanned the records.

Allen claimed the accountant sold the documents to the SPLC for more than $5,000 and that the law center knew the documents were stolen when it bought them. The appeals court rejected his claim that the SPLC illegally interfered with a confidentiality agreement between the accountant and the National Alliance.

The appeals court panel agreed with Blake that Allen could not challenge the SPLC’s tax-exempt status in the Maryland district court. His lawsuit against the SPLC also included racketeering claims that the 4th Circuit rejected.

The panel also rejected Allen’s claim that the SPLC misused its tax-exempt status to raise money and reach a wide audiences for its publications, including the articles about him.

Allen said in an email Monday that he is disappointed in the decision. He said the issues raised in his lawsuit “are important ones, especially in our increasingly polarized society, and merited more than a superficial unpublished opinion.”

In his appeal, Allen said his defamation claim does not depend on the SPLC’s description of him as a “neo-Nazi” or a “racist.” But he argued that the SPLC falsely accused him of being unethical and incompetent as an attorney by describing him as “infiltrat(ing)” the city’s law department. The appeals court panel concluded that the challenged statement was “non-actionable hyperbole.”

Allen said he and his attorney haven’t decided whether to petition the U.S. Supreme Court to review the case.

Other organizations and individuals have sued the SPLC over its articles about far-right extremism and its “hate group” labels.
In 2019, a federal judge in Washington, D.C., dismissed a lawsuit that accused law center leaders of trying to financially destroy the Center for Immigration Studies by labeling it as a hate group. In 2018, a federal judge in Virginia ruled that the First Amendment protected a charity tracking website’s use of the law center’s hate group labels.

The founder of the far-right Proud Boys sued the law center in February 2019 for labeling the organization as a hate group. That federal case is still pending in Alabama and has remained dormant since November 2019.

In 2018, the law center apologized to a London-based group, Quilliam, and its founder, Maajid Nawaz, and agreed to pay $3.4 million in an out-of-court settlement after labeling them as anti-Muslim extremists.