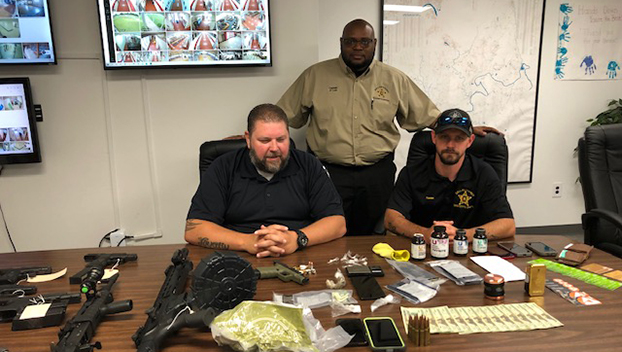 Two suspects, Mary Jean Strong and Steven Fitts , were both arrested on Thursday at the 2200 block of Hardy Avenue.

“The best way to do that is to get the drugs and the guns and the drug dealers of the street,” Cole said. “It’s an effort to surpress crime in Selma and Dallas County.”

Since Mike Granthum became Dallas County Sheriff over 2 1/2 years ago, the DCSO has made 412 drug arrests

“When Granthum took over, he said he’d be proactive and tough on crime to make it safe for residents in Selma and Dallas County,” Dallas County Chief Deputy John Hatfield said.