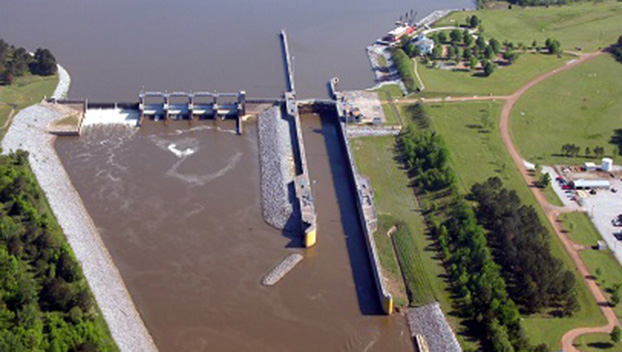 Crews have removed a partly sunk barge that got stuck against a dam in Alabama, but a barge that sank completely remained pinned Monday against a dam farther up along the Tennessee-Tombigbee Waterway.

As of Monday morning, all gates were operating at the spillway from the Tom Bevill Lock and Dam in Aliceville, Alabama, WTVA-TV reported.

The barge had caused yard flooding in Mississippi because it partly blocked two gates since breaking free early June 12 from its mooring near Columbus, Mississippi.

A few days earlier, another barge had sunk entirely after hitting the Stennis Lock and Dam spillway in Columbus. The station reported that it is not clear when crews will be able to remove it.