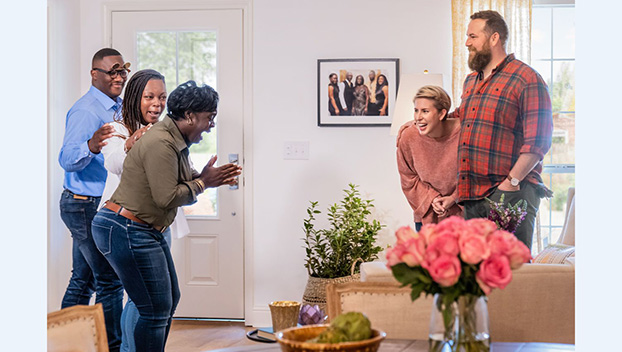 Erin Napier correctly predicted that Lt. Ella Roberts was going to be “tickled” when she returned to her home for the first time to see the renovations Erin and her husband Ben, hosts of HGTV’s “Home Town,” made on their popular new series, “Home Town Takeover,” which focuses on the central Alabama town of Wetumpka.

“Tickled” doesn’t even begin to describe Ella’s reaction. “I am overjoyed and will forever hold Ben and Erin and HGTV in my heart,” she says. “Everything was done with love.”

Ella is featured on Episode 3, “Longest Bar in Alabama,” along with Coaches Corner, a restaurant overlooking the Coosa River that received a facelift and an enclosed back porch to capitalize on the view.

She’s just one of a diverse group of people from the town who were chosen to have their homes or businesses made over. “The thing we all had in common,” she says, “is loving our hometown.” Viewers all over the world are falling in love with Wetumpka through the stories of its remarkably diverse residents.

A native and lifelong resident of Wetumpka, Ella has spent the past 21 years working for the local police department. “I’m a people person,” she says. “I love people.” After working in the fast-food industry and as a bank teller for several years, she was looking for a career that would allow her to interact with others.

When she worked in fast food, she used to have to call the police department to request an escort for making the night deposit. One of the officers, Cpl. Chris Deputy, told her he thought she would be great on the police force.

“After I applied, we realized I would be the first African-American female at the police department,” she says.

She graduated from the police academy in 2000 and has worked for the Wetumpka Police Department ever since, progressing to her current rank of lieutenant and her position as administrative commander.

When she was starting out, Chris, her recruiting officer, “helped me out tremendously, took me under his wing,” she says. Like Ella, he “absolutely love children,” she says, and used to host cookouts for them during the summertime. After his untimely death in 2010, the summer program went dormant.

Ella went to the police chief and asked if she could restart the program, which she turned into the City of Wetumpka Deputy Summer Program, named after her friend and mentor, and operated in conjunction with Elmore County. The program fed breakfast and lunch to about 100 children every day, brought in speakers, and organized activities from K-9 demonstrations to kickball games to “Wet Wednesdays” with the fire department.

“The kids really enjoyed it,” she says. Last year, the program was shut down due to COVID-19, and Ella is hoping to restart it next summer.

Her selfless work with children is one of the reasons the producers heard her name over and over again when they were looking for Wetumpka residents to feature on the show. “Ella became a police officer because of her big heart,” says her boss, Police Chief Gregory Benton, choking back tears as he talks about her on “Home Town Takeover.” “She’s like a family member to me.”

Even though Ben and Erin aren’t accustomed to renovating newer homes like Ella’s – she’s lived there since 2016 – they wanted her neat but nondescript house to better reflect her personality. They upgraded the exterior by removing a large tree in the front yard that was hiding the house and leaning dangerously toward it, adding board-and-batten siding to part of the front and building an “eyebrow awning” over a front window; reconfigured the formerly cramped space inside and gave Ella an all-new kitchen; and tore out her old deck to build a concrete patio, pergola and new grilling area.

Ella loves to cook and entertain, and now the much-improved spaces inside and out allow her to do more of that. She and her family – her daughter, her daughter’s husband and their children – had to move out for a few months before the renovation was revealed just before Christmas. “It was total shock,” she remembers. “I was crying before I even got out of the car.”

Along with Ben and Erin, the hosts of HGTV’s “Two Steps Home,” Jon Pierre and Mary Tjon-Joe-Pin, helped with the landscaping of Ella’s yard. Five of Ella’s fellow police officers also showed up to paint, plant and put in pine straw. “That really touched my heart,” she says. “I love these guys to death.”

Now Ella enjoys her morning coffee on her front porch before work. She loves her new kitchen, which includes a moveable island Ben built for her to give her more space to work. “I am so enjoying that piece,” she says.

On the night her show aired, she invited family and friends over to watch it on a big-screen TV in her new outdoor space in the back yard, where they had a cookout.

The show has impacted her life in other ways, as well. Since her department isn’t holding a summer program for children this year, she’s organizing an Operation Backpack event to fill 100-plus backpacks with school supplies donated by the community. Ella has been busy writing thank-you notes for the donations she’s received from all over the country, thanks to the exposure from “Home Town Takeover.”

Since the show debuted and introduced the world to Wetumpka, Ella has noticed positive changes in the hometown she loves so dearly. “There’s not a day that goes by that downtown is not absolutely busy, with visitors from all over going in shops, eating in restaurants and taking photos,” she says. “It’s been an experience. I’m proud of my hometown.” 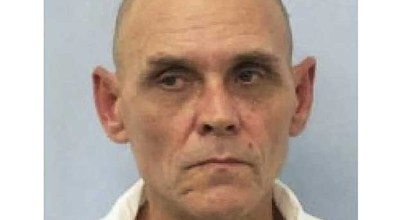