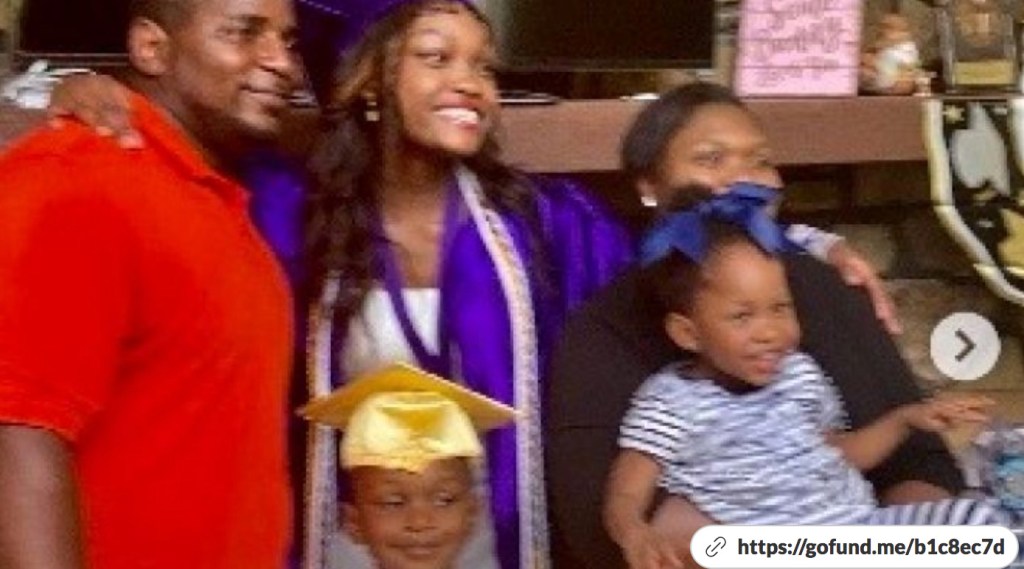 A GoFundMe page has been created to help a Jefferson County family pay for funeral expenses after four people were killed Saturday night when their vehicle left Interstate 20 and crashed into Logan Martin Lake.

A family member set up the account to help her cousin Reginald White, the only survivor of the wreck pay for funeral expenses.

“On the night of May 29, 2021, my cousin, Reginald White and his family were traveling to Atlanta for a graduation party. That night they lost control of their vehicle and four lives were lost. April Whatley (age 37), Mariah Towns (age 18), Reginald White, III (age 5),and Rosalind White (age 2).  Mariah was a 2021 graduate from Minor High School and Reginald White, III recently graduated kindergarten at Legacy  Prep,” LaSondra Rowel wrote. “Unfortunately, the family does not have enough money to cover the funeral expenses. We, the family of Reginald, are asking for donations to help cover the cost of the funeral expenses for our loved ones. ”

“This is the most tragic event to happen to our family and we are asking for prayers and support during this very hurtful and difficult time,” Rowel wrote.

The victims were all from Adamsville, a city about 12 miles (19 kilometers) northwest of Birmingham. The only survivor, 39-year-old Reginald White, was taken to UAB Hospital.

The Alabama Law Enforcement Agency said in a news release that the accident happened at about 11 p.m. Saturday. The vehicle left Interstate 20 and entered Logan Martin Lake. The accident temporarily shut down eastbound lanes near the scene of the accident.

It was not immediately known what caused the vehicle to leave the roadway.