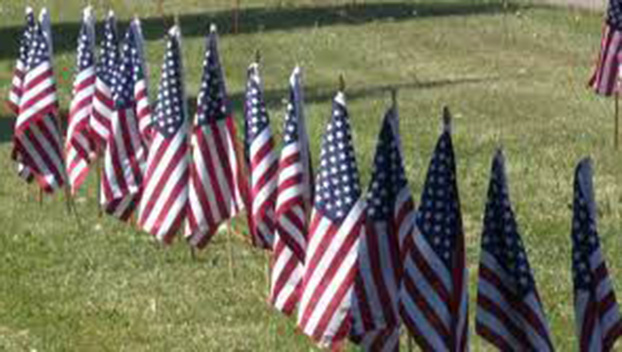 Brian Fleming considers himself one of the lucky ones.

Memorial Day reminds him of that. After four years in the Army and surviving two bombings while deployed to Afghanistan, Fleming came home.

“It’s always a good reminder that I’m one of the lucky ones,” Fleming said. “Memorial Day is a day we remember people like friends of mine who didn’t come home.”

The Wiregrass Memorial Day Ceremony will be held Monday starting at 10 a.m. at Sunset Memorial Park in Dothan. Fleming will be the featured guest speaker with Dothan Mayor Mark Saliba as the master of ceremonies.

This is the 15th year that Sunset Memorial Park has hosted an event to commemorate Memorial Day, a day created to honor those who have died while serving in the U.S. military. The family-friendly event is free to attend and will feature a flower-laying ceremony, patriotic and bluegrass music by Longleaf Drive Band, a 21-gun salute and a picnic lunch.

Fleming was the featured speaker at the event in 2019 and so impressed attendees that he was asked to return. This year, his message will be “Overcome in 2021.”

“Everybody is facing some sort of battle,” Fleming said. “Choosing to give up just doesn’t help anybody, especially those that depend on you.”

The 36-year-old lives in Dallas, Texas, with his wife and their two children. He travels the country sharing his personal battle story in hopes that it will help others overcome their own battles.

Fleming joined the Army right out of high school. He had been married three months when he was deployed to Afghanistan, where he survived two separate bombings. The first was a roadside bomb that the military vehicle he was in hit. He didn’t have any outward injuries following that blast, but the second bombing was a different tale.

It was 2006 in Kandahar, Afghanistan, and Fleming was in a military vehicle when a mini-van pulled up just outside Fleming’s window. Driven by a suicide bomber, the van exploded. Fleming, who was 20 at the time, woke up in a ditch. He spent 14 months at Brooke Army Medical Center enduring burn treatments, rehabilitation and reconstructive surgery.

While there, Fleming met a Vietnam veteran who changed his life. The Vietnam veteran had been burned by a phosphorus grenade. He had written several books and had become a motivational speaker. He became Fleming’s mentor and told him he could use his pain to help others.

Today, Fleming serves as a Department of Defense resilience trainer and conducts resilient leadership events for Fortune 500 companies and organizations around the world. And, he has written a few books himself.

“Overcoming is something everybody has to do constantly in life,” Fleming said. “… Life is a battle; life is a struggle. By becoming better at overcoming the struggles we face in life, we can not only have better lives but more meaningful lives.”

After the bombing Fleming wasn’t sure what his future held, but he knew his military career was over. So, he climbed onto a stage before a crowd of about 3,000 people and told his story for the first time in 2007. Still in burn bandages, Fleming spoke for two minutes. Afterward, a young woman approached him and told him of the abuse she had experienced first as a child then as teen and then from an abusive boyfriend. She had attempted suicide. But, she told Fleming, if he could survive all he had been through, then she felt she could, too.

“There are a million ways to get hurt, but we all speak a language called pain and that’s where we relate to each other,” Fleming said.

It was a turning point. Fleming found telling his story as a way to help himself and others heal.

“My pain became purpose-driven at that point,” he said.

Along with his burns, Fleming has dealt with post-traumatic stress, headaches and short-term memory loss. The important thing is to focus on the next step forward. Just take the next step, Fleming said.

“I don’t know if you ever fully heal,” he said. “I think you learn how to become a better person because of it … I wouldn’t be who I am today if you took away all my scars.”