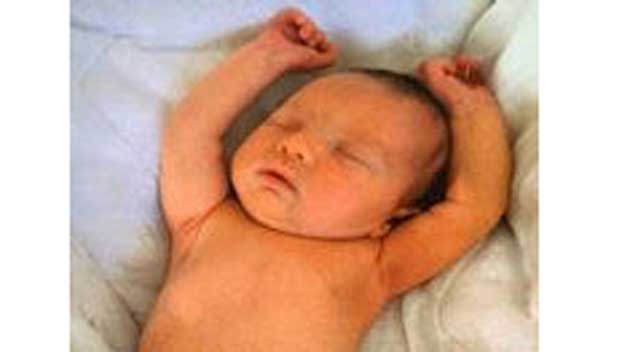 The parents of a missing infant in Alabama appealed Wednesday for the public’s help in finding the baby, their pleas echoed by law enforcement officers.

One-month-old Caleb Whisnand, Jr. was reported missing on Monday. The Montgomery County Sheriff’s Office, along with the baby’s parents, on Wednesday asked people to come forward if they have any information about the child.

“We’d like to have CJ returned to his family,” Montgomery County Sheriff’s Office Capt. Trent Beasley said at a Wednesday news conference.

Authorities have released few details publicly about how the child went missing.

Beasley said authorities were alerted to the situation after they received a 911 call Monday night from a convenience store about the missing child.

The parents, Caleb Whisnand Sr. and Angela Gardner, hugged each other as they spoke with reporters, and showed a cell phone photo of the baby.

“Please, find him please,” Angela Gardner said. She said the baby was with his father while she was home with her 2-year-old child.

“He went to go pay gas at the gas station and realized that he was gone,” Gardner said before wiping her face.

Whisnand Sr. said he didn’t remember a lot beyond breaking down with police officers. He asked people to come forward “if anybody’s got anything.”

Beasley said authorities are reviewing area video footage and have asked the public to come forward “if you saw anything remotely or if anybody has spoken about this child.”

The FBI has opened up an investigation into the baby’s disappearance too.