The Power of Will: Alabama family starts nonprofit honoring son lost to cancer 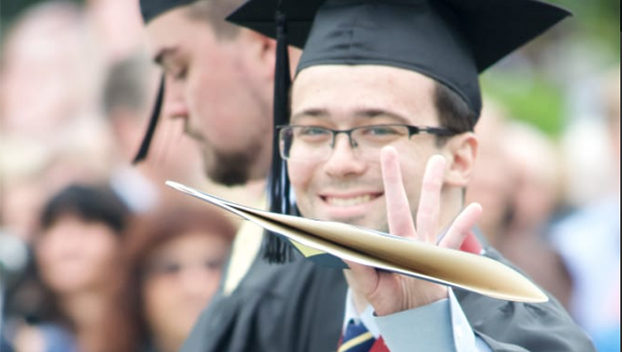 Whether through anger, denial, depression or guilt, everyone goes through their own ways of coping with the loss of someone they loved. For a few, they find the strength to transform that grief into ensuring that others don’t have to suffer the same loss they went through.

The Power of Will, a nonprofit foundation dedicated to funding research and assisting families with loved ones suffering from sarcoma, was founded by the family of Will Hudson, a 26-year-old Auburn native who died in August 2020 after years of battling cancer.

Sally Hudson, Willis’ mother, formed the foundation with the help of family friends and those who knew Will and didn’t want her son’s memory to be forgotten.

“I just couldn’t not do it,” Sally said.

“It’s helpful for our grief, too, to do this in honor of Will and not just stay here being sad,” said Ellie Hudson, Will’s younger sister.

Standing in front of a fireplace adorned with his pictures and a custom-engraved brass urn that holds his ashes, the Hudsons talk about what made Will special.

“He learned to read by age 2 and recite the presidents forwards and backwards,” Sally said. “He liked to think of himself as a cool nerd.”

“He would know all these random facts about everything, like when the first episode of ‘Full House’ aired,” said Maggie Williams, one of Will’s friends. “He was like Google.”

Will listened to Drake and Kanye West and Bruce Springsteen, and he would often rewatch the same TV shows—namely Lost, The Office and Madmen—over and over again instead of moving on to new ones.

He didn’t call Sally “mom,” but instead addressed her as “Salvo,” for reasons he never explained.

After graduating from Auburn High School in 2013, he went to John Carroll University in Cleveland, Ohio, and despite being diagnosed with cancer at the age of 20, he didn’t stop going to class and hated being pitied.

“Sometimes at dinner, (Sally) would like to bring (the cancer) up and kind of ruin the mood, and Will would be like, ‘Shut up Salvo, we’re not talking about this,” Ellie said.

Over the course of living with cancer for years and going for radiation and chemotherapy treatments, relapse after relapse, Sally said Will never gave up or had his resolve weakened by his illness, but pushed on.

“He said, ‘I’m going to do the things I’ve always wanted to do,’” Sally said. “He saw Bruce Sprinsteen on crutches, and he never felt sorry for himself. We never thought his treatments were that bad, but now when we talk to his nurse practitioner, she was like, ‘Nobody handles the treatments like this.’”

Through the five years he struggled with sarcoma, Will became president of the student union at John Carroll University, graduated from college and was two semesters away from earning his law degree at Ohio State. He fell in love with Kate Crawford, a sarcoma survivor, after meeting her at the Kentucky Derby. Will even proposed to Kate, and they were planning to marry Jan. 2, 2021, before Will’s health declined last year.

Though Will eventually passed away due to complications with pneumonia in August 2020, his family and friends took up his memory and dedicated themselves to helping others like him.

“He knew he needed to give back, and that there needed to be more science (for sarcoma),” Sally said. “The mission for The Power of Will is to support and enhance the lives of sarcoma patients and their loved ones, and there’s a lot of ways we can do that.”

Part of the ways The Power of Will hopes to help is to raise money to fund scientific research into better treatments for those who have been diagnosed, as well as to financially support families who need treatments.

“If you were diagnosed with sarcoma, you couldn’t be treated here,” Sally said. “You have to travel with sarcoma, and we really want to help patients by trying to help offset travel costs and help them be able to live with cancer and do things they enjoy.”

The Power of Will will kick off its fundraising efforts with a Soirée for Sarcoma June 12 at the Holy Trinity Episcopal Church in Auburn where they’ll be a cocktail reception and silent auction.

“Our hope for the soirée is to raise enough money in order to fund a scientific grant, which is about $50,000,” Sally said. “The reason these family foundations are so important for cancer research is that they provide seed money to young scientists and doctors so they can prove what they’re doing will actually work so they can apply for government grants.”

Tickets for the event are for sale at www.thepowerofwill.org, and Will’s family hopes to sell about 300 tickets in order to meet their goals.

National effort to bail low-income people out of jail…