A man sought in a fatal wreck that began with a police chase near Birmingham was arrested Thursday after police found him at an apartment in Tuscaloosa, authorities said.

Jordan Markice Ricks, 28, initially refused to come outside but eventually surrendered after about 30 minutes, according to a statement from the Tuscaloosa Police Department. A U.S. Marshals task force had tracked him to the complex, police said.

Ricks was taken to Homewood, where he will be charged with murder and leaving the scene of an accident in a crash that killed Robyn Naftel Herring, 42, on Monday night, according to the statement.

A Vestavia Hills police officer stopped Ricks on Interstate 65, authorities said, but the car sped away as the officer returned to the patrol car. The fleeing car exited the highway and crashed into a vehicle that was carrying Herring, her two children and another adult.

Herring, who worked as a nurse practitioner in Birmingham, was fatally injured and the driver of the fleeing vehicle got out and ran into woods, police said.

Ricks previously was a member of the football team at the University of Alabama at Birmingham. Court records weren’t available to show whether he had a lawyer who could speak on his behalf. 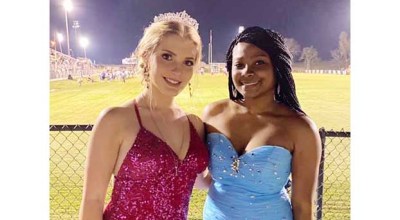