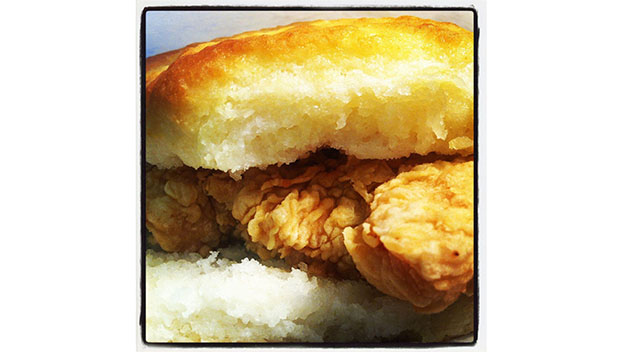 One of the biggest celebrities ever to pass through the Wilcox County seat of Camden dropped by Jackson’s Fried Chicken for lunch.

He ordered Jackson’s famous COB (“chicken on a bun”) sandwich, and his wife got a couple of chicken thighs.

Rixine Jackson, the longtime owner of the local dining gem, didn’t have a clue who he was.

But she knew he must be somebody important.

“They had like eight cars of people with him,” Jackson recalls. “And this one guy came in with a camera. And I got to thinking. . . .”

Jackson called her husband, Carl, who, in turn, called their son-in-law, Stewart Gwin.

“He said, ‘Hey, I want to run something by you,’” Gwin remembers. “’(Rixine) just called me and said some Facebook guy is there, and she doesn’t really know who.’”

That was in February 2017, and Facebook co-founder and CEO Mark Zuckerberg and his wife, Priscilla Chan, had just embarked on their road trip across America — a quest to visit all 50 states, starting in Alabama.

Gwin, who had been keeping up with Zuckerberg’s travels on Facebook, put two and two together.

By then, Jackson was already on her way home, but her social-media-savvy son-in-law told her to turn around.

“I said, ‘Do you understand who that is?’” he says. “I was like, ‘This is the photo op of the century. You’ve got to go back down there and get a picture of him.’”

Jackson got back to her restaurant just as Zuckerberg and his wife were leaving.

When Gwin shared that photo on the Jackson’s Fried Chicken Facebook page later that day, it got 8,600 “likes” — or roughly four times the population of Camden.

Zuckerberg chimed in with a comment, too: “Thanks – your chicken is delicious!”

“It took what we were doing at a very low level of marketing and just sort of put it in overdrive,” Gwin says. “A lot of people started showing up – new faces that we had never seen outside of that regular Monday through Friday lunch crowd.”

Zuckerberg discovered what folks around this small town of about 2,100 in Alabama’s Black Belt have known for many years.

And that is, Jackson’s has some of the crispiest, juiciest, most awesome fried chicken in Alabama.

The restaurant, in a nondescript, blink-and-you’ll-miss-it building on Alabama 41, has been around since the late 1970s, according to Jackson, and began as a Crispy Chick franchise.

“This has been here fortysomething years,” she says. “Fried chicken has been here 40 years in this building – or longer, 45 probably.”

Jackson — who grew up in the unincorporated community of Furman, about 20 miles east of Camden — bought the business in 2006 and renamed it Jackson’s Fried Chicken.

Previously, she and her husband started Wilcox Farm Center, a farm supply store, and ran it for 16 years before they sold it. After working for the United States Department of Agriculture for a couple of years, she decided she wanted to be her own boss again and went into the fried chicken business.

She did little things like making the chicken salad with bone-in breasts instead of boneless breasts and adding a green salad topped with fried chicken to the menu.

Jackson’s also serves a meat-and-three steamtable menu that features such daily specials as chicken and dumplings, baked chicken, chicken spaghetti and broccoli-chicken casserole, as well as meatloaf, liver and onions and fried catfish.

“It’s sort of like Niki’s West (in Birmingham) but more friendly,” Gwin says, smiling. “If you ask for extra mac-and-cheese, they’re not going to judge you.”

‘WHAT RURAL ALABAMA IS ABOUT’

The signature item, though, is the COB, which has been a mainstay on the menu since long before Jackson bought it.

Chick-fil-A and Popeye’s have nothing on Jackson’s most popular sandwich, which features boneless fried chicken breasts and a special sauce served on a hoagie bun. Jalapenos are optional.

“It’s got a little kick to the sauce,” Jackson says. “And then you can get it with jalapeno peppers, and that has a big kick to it.”

On their trips home, kids who grew up in Camden and went away to college come back to Jackson’s to get their COB fix, Gwin says. And summer trips to the nearby Alabama River aren’t complete without a sackful of COBs.

“They bring friends back home for the weekend to fish or hunt or play on the river, and it’s sort of a tradition that you go to Jackson’s and get COB combos,” he says. “That’s what everybody does.

“In the summer, when the river is booming, it’s nothing for them to come by here and place an order for 20 COB sandwiches at a time. That sandwich really kind of put (Jackson’s) on the map. It’s what they sell the most of year in and year out.”

Gwin, who grew up in Demopolis, in neighboring Marengo County, discovered Jackson’s after he started dating the Jacksons’ daughter, Molly, whom he met at the University of West Alabama in Livingston, about a dozen years ago.

“The first time I came here, I was like, ‘Man, y’all got something more than just a restaurant,’” he says. “’This is what rural Alabama is about. People seek out places like this to eat.’”

It wasn’t long before his future in-laws put him to work.

“The entire time we were dating, when we were in school and stuff, we’d come home on weekends, and I would come down here and help out, whatever needed to be done,” he says. “My mom has a restaurant in Demopolis herself, so I had been around food service a little bit. I never minded working.”

Gwin, who will start medical school at UAB this summer, is also a partner in a small, Black Belt-centric ad agency called Growin’ Advertising. He uses that marketing experience to help his mother-in-law spread the word about Jackson’s Fried Chicken.

“These places like Jackson’s and other places in small towns like these, they’re hidden gems,” Gwin says. “I’ve always been one (who believes) if you get the message out and let folks know that you’re there and you consistently serve good food, they’ll show up. And Jackson’s has been a testament to that.”

While Mark Zuckerberg may be Jackson’s most famous customer, he’s far from being their longest-distance guest.

About 10 years ago, Brian Schofield, a travel writer for The Sunday Times in London, passed through Camden on his journey through the South.

Schofield subsequently waxed rhapsodic of his experience “in the lazy, little village of Camden.” He declared Jackson’s “the finest fried chicken shack in the known universe” and called its famous fried yardbird “God’s own fried chicken.”

A few months after his story appeared in The Sunday Times, a couple of other guests with thick British accents came to visit.

As she always does, Rixine Jackson asked: “Where y’all from?”

“And they said, ‘Because we read in the Sunday travel section that this has the best fried chicken in the world.’” 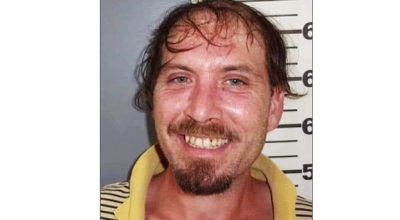 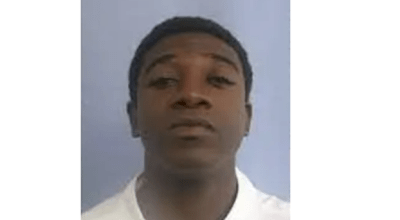 Auburn renamed hall after 1st Black student to get…