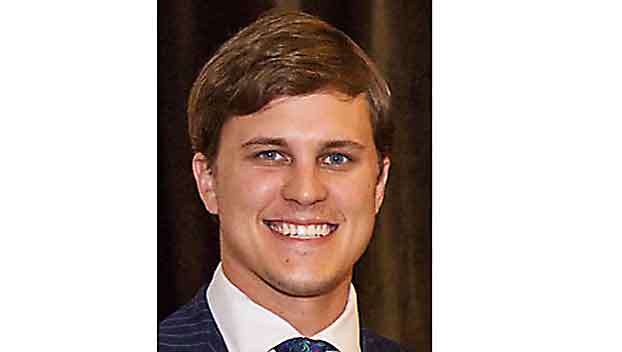 An Alabama lawmaker is recovering at home following his release from a hospital where he was taken after being carried off the House floor on a stretcher.

State Rep. Will Dismukes, a Republican from Prattville, was transported to a hospital Thursday after experiencing shortness of breath and chest pains.

“I feel great,” he told The Montgomery Advertiser in a phone interview on the trip back to Prattville on Friday. “I had a case of AFib (atrial fibrillation) that they were able to address and handle with no major or permanent damage. I still have some tests to take in the next week or so. I’m going to do what my cardiologist tells me to do and plan to be back when the session returns on Tuesday.”

Dismukes, who is in his early 30s, said his heart was out of rhythm. He survived a stroke in 2012 when he was attending Faulkner University.

He told the newspaper he’s grateful for the support of those who reached out over the past two days.

“I just want to thank everyone for their prayers and words of encouragement to me and my family,” he said. “It is very much appreciated and made a difficult time easier.”

Dismukes’ political journey has not come without controversy.

He resigned as a pastor at an Autauga County church in July after photos posted to social media sites showed him giving the invocation for a celebration event held for Nathan Bedford Forrest, a leader in the Confederate Army and the first Grand Wizard of the Ku Klux Klan. The event occurred as Troy native and longtime Georgia Congressman John Lewis was being remembered in Selma before being given the honor of lying in state at the Alabama Capitol.

Dismukes later said he was surprised by the controversy, which drew the ire of members of his own party, and said he didn’t make the connection between Lewis and the Forrest event.

In August, Dismukes was arrested on a felony theft charge, accused of stealing money from his former employer over the course of two years. That case is pending.

Dismukes has maintained his innocence and refused to resign his seat in the Legislature after calls for his resignation.