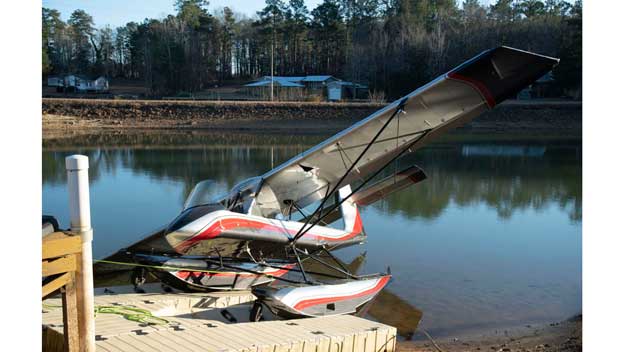 A pilot was not injured as a plane crashed on Lake Martin on Tuesday.

An Aircam registered to a Birmingham limited liability corporation crashed as it was making a landing on Lake Martin’s Parker Creek Tuesday afternoon.

A video by Tyler Machen and Joey Browning shows the experimental aircraft coming in for a landing.

The plane’s floats touch the water and the plane suddenly turns right and a wing tip enters the water. The plane made it to a dock and Coosa County sheriff Michael Howell the pilot was OK.

Tuesday’s plane crash is the third in Alabama in less than one week. The first occurred Friday when a military T-38 trainer jet airplane crashed in Montgomery killing two. A Saturday plane crash in Cullman County killed two.