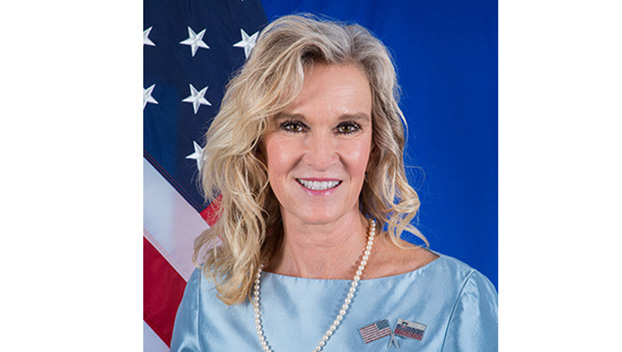 Lynda Blanchard, an Alabama businesswoman and former ambassador to Slovenia under President Donald Trump, has announced her campaign for the U.S. Senate, becoming the first Republican to officially jump into the 2022 race.

On Thursday, Blanchard announced her campaign for the seat now held by Sen. Richard Shelby, who is not seeking a seventh term. The race to fill the seat, which Shelby held safely for decades, is expected to bring a crowded GOP primary field at a time that the national party is divided over its direction after the Trump presidency.

In a three-minute video announcing her campaign, Blanchard cast herself as a staunch defender of Trump’s legacy.

“I’m a Christian conservative and business builder, a mother of eight wonderful children. I’m a proud member of the MAGA movement. Like you, I’m grateful for the leadership and courage of our 45th president, Donald Trump,” she said in the video.

Blanchard and her husband co-founded B&M Management, a commercial real estate company that has apartment complexes throughout the South.

Blanchard, 61, said she never considered running for office until Trump appointed her to serve as ambassador to Slovenia, the home country of former first lady Melania Trump.

Blanchard’s campaign is being led by Jeff Roe and Ethan Zorfas of Axiom Strategies, who last year guided former college football coach Tommy Tuberville’s successful Senate campaign to unseat Doug Jones, the first Democrat elected to the Senate from Alabama in a quarter-century.

Blanchard said she is making an initial $5 million deposit in her Senate campaign committee to ensure she has the resources necessary to compete for the Republican nomination.

U.S. Rep. Mo Brooks, who appeared at the Trump rally that proceeded the riot at the U.S. Capitol, said he is considering a run. Alabama Secretary of State John Merrill, who suspended his 2020 Senate campaign when former Attorney General Jeff Sessions jumped in the race, has said he will consider a run.

Another possible candidate is Shelby’s former chief of staff, Katie Boyd Britt, who now heads an influential business lobby and would likely have the senator’s backing if she decided to enter the race.