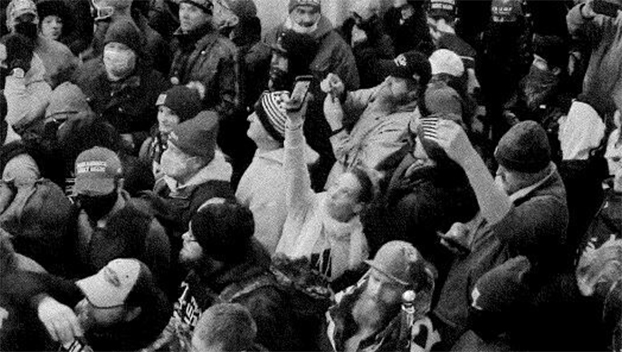 An Alabama woman has been charged in the January riot at the U.S. Capitol.

Kari Dawn Kelley, 40, of Mobile has been charged with unlawful entry of a restricted building and disorderly conduct, according to federal court records.

Kelley is accused of being a part of the riot on the U.S. Capitol on Jan. 6 when a joint session of Congress was meeting to certify the Electoral College cote count in the 2020 presidential election.

The federal complaint against Kelley was filed under seal on Feb. 10 and unsealed Wednesday. Kelley was arrested Thursday in Mobile and appeared before Federal Magistrate Judge Bert Milling.

Court records indicate that FBI investigators learned the identity of Kelley from an interview with another defendant interviewed by agents in the Kansas City field office.

The records include photos of Kelley, including one that reportedly shows her in a crowd of protesters holding up a cell phone over her head.

According to court records, Kelley was seen in footage climbing through an open window and was present in the Senate wing of the building.

The footage time stamp was 2:56 p.m. It showed her in a ponytail, a cream-colored scarf and a hooded Adidas sweatshirt. Kelley was seen recording the events on her cell phone.

The FBI said they verified Kelley’s identity through database checks.