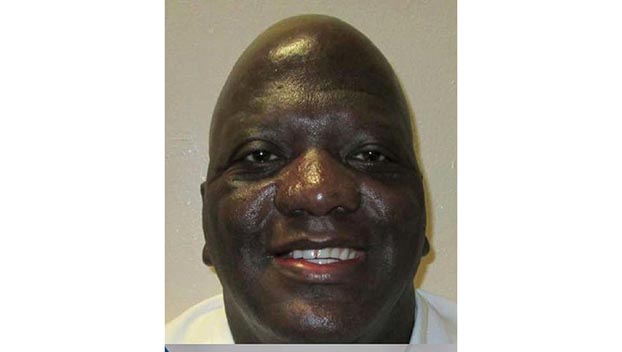 Two days before Willie Smith was scheduled to die, Pastor Robert Wiley looked to the Gospel of Matthew.

“You of little faith, why did you doubt?”

Wiley drew Smith, on a prison telephone at Holman Correctional Facility, to the story of Peter, who faltered amid strong winds when asked to follow Jesus onto the Sea of Galilee.

“We talk about Peter, and how he had to walk by faith. When Christ bid him to come out and meet him on the water, how much faith did it take to take that step?” Smith said. “Even though Peter got distracted, Christ said, ‘Why did you doubt?'”

The pastor, the condemned and their faith are at the center of a religious discrimination claim that triggered a late injunction from a federal appeals court on Wednesday, apparently halting Smith’s Feb. 11 execution unless Alabama allows Wiley into the execution chamber.

The case, filed in December 2020, is the latest in a series of religious discrimination claims against Alabama and its Department of Corrections for the role of spiritual advisors during executions.

The discrimination allegations spilled into federal courts in 2019, when condemned prisoner Domineque Ray, a Muslim, requested his imam replace the Holman chaplain, a Protestant Christian, in the execution chamber at the time of his death.

In court filings, Alabama has argued allowing a spiritual adviser who is not an ADOC employed chaplain is a security risk. But in its Wednesday ruling, the 11th Circuit stated prison officials have not explored reasonable solutions to the security concerns, such as requiring non-staff spiritual advisors to undergo background checks.

“Without an injunction, ADOC will likely execute Smith without Pastor Wiley in the room with him as he passes,” the appellate court wrote in its ruling. “There is no do-over in this scenario. For these reasons, we hold that Smith has shown he will suffer irreparable injury if ADOC maintains its current policy.”

Smith was sentenced to death in 1992 for the kidnapping and murder of Sharma Ruth Johnson, who he shot to death in a Jefferson County cemetery after robbing her.

Smith and a 17-year-old female accomplice abducted Johnson after approaching her at an ATM machine. Smith locked Johnson in the trunk of her car, where she called out her pin code to allow the two to withdraw $80 from her account, according to court record. The accomplice, who served a 25-year sentence for murder, later testified Smith drove to a cemetery and shot Johnson after he worried she would go to police. He later set fire to the car in an effort to destroy fingerprint evidence; a wiretapped police informant eventually led to his arrest.

Smith turned down a plea deal for life and was sentenced by a 10-2 jury to death. Alabama is one of only two states to allow non-unanimous jury recommendations of death.

The Alabama Attorney General’s Office called Johnson’s murder “as brutal as they come” when it petitioned for an execution date last year.

Alabama has decried a flurry of petitions in recent days from Smith as an untimely effort to delay his execution, calling the execution an “essential function” amid claims it could pose a COVID-19 risk to staff and witnesses.

“Over twenty-nine years ago, Smith gunned down a woman whose only crime was stopping to use the ATM,” Alabama Assistant Attorney General Lauren Simpson said in a court filing opposing one stay. “His conviction is valid, and a competent state court with jurisdiction over his case properly set his execution according to Alabama law. On Feb. 11, 2021, the state should be permitted to carry out his sentence.”
Wiley on Tuesday called the murder a “horrible, heinous crime,” but the pastor believes Smith is deserving of spiritual “comfort” in his final moments.

“The old Willie Smith died a long time ago,” Wiley said. “The man he is now, he’s not the same. It doesn’t excuse what he did. He’s never made any excuses to me. He’s remorseful of it. Knowing Christ now, he realizes the weight of the life he took, the weight of his actions. … If Christ is willing to forgive our past, who am I to try to hold on to somebody’s else’s past when they have accepted Christ genuinely and are doing everything in their power to live brand new. I’m nobody’s judge.”

In a separate claim, the 11th Circuit again sided with Smith Wednesday evening staying the execution to allow the court to consider evidence that prison officials are in violation of the Americans with Disabilities Act.

Smith is petitioning the court to allow him a late opt-in to death by nitrogen hypoxia, a novel execution method approved by the state in 2018. Proponents argued the method was more humane than lethal injection, but it is also a hypothetical process: The state has yet to establish a nitrogen hypoxia protocol or seek execution dates for prisoners who elected the method.

After the bill was signed into law in 2018, prisoners had 30 days to “opt in” to the new execution method in writing to Holman’s warden. But the law was confusing, death row prisoners told the Montgomery Advertiser in 2019, and the row wasn’t aware of the opt-in period until the final few days when federal defenders realized the opt-in period was about to close. The majority of death row inmates are represented by out-of-state attorneys and some said they were unable to receive legal advice before time was up.

Alabama officials say they were not legally required to inform any inmate about the new option. But in June 2018, Holman’s warden copied an opt-in form mocked up by federal defenders and distributed it to the row.

Smith’s attorneys allege he is intellectually disabled and, by offering an opt-in form to everyone, prison officials should have reasonably known he would need help understanding the form.

The appellate court stayed Smith’s execution until Feb. 15 to review the ADA claims.