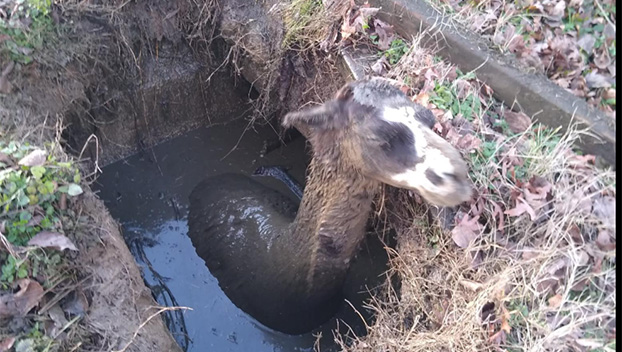 An Alabama llama that has made a name for itself after evading capture for nearly a year has been captured after a dramatic rescue from a Jackson County septic tank.

Alex, a Bolivar llama roaming Jackson County Road 96 for months, fell into the ditch and was trapped for about three hours, according to Southeast Llama Rescue, which took possession of Alex after he was rescued by Stevenson Volunteer Fire & Rescue firefighters Sunday.

They got Alex out and covered him in blankets until an experienced volunteer was able to come check on him, according to a post on the Southeast Llama Rescue Facebook page.

According to Southeast Llama Rescue on Tuesday, Alex is now in Auburn and “Overall doing ok, but not quite out of the woods yet.”