Reward up to $15K for 1995 Alabama unsolved murder 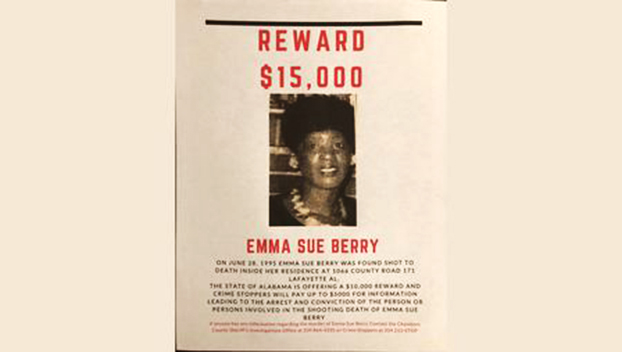 The state of Alabama and CrimeStoppers have partnered up to offer a $15,000 reward for information in a 26-year-old cold case.

The Chambers County Sheriff’s Department said the money — $10,000 from the state and $5,000 from the crimefighting agency — is being offered in an effort to get new information about the 1995 murder of Emma Sue Berry, al.com reported.

Berry, 38, was found shot to death on June 28, 1995 inside her trailer in the Buffalo community near LaFayette, authorities said.

Anyone with information about Berry’s case is asked to contact the sheriff’s department at 334-864-4335.