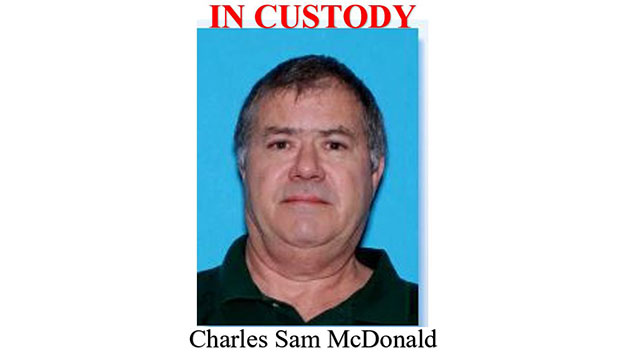 An Alabama fugitive wanted for the sexual abuse of two juveniles is in police custody.

McDonald told family members that he was leaving for an area that “has one way in and one way out.” Authorities suspected he fled to the area around Beckley, West Virginia.

The Autauga County Sheriff’s Office is awaiting extradition to Alabama. No other details were released.