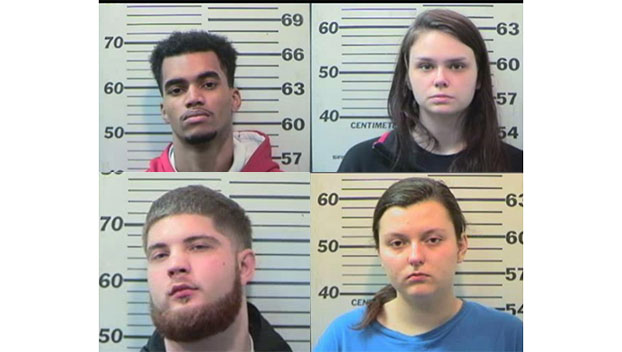 One week after an Alabama man was shot and killed, four people have been charged with felony murder in his death.

Mobile investigators believe Bradley Nall, 21, was ambushed in his car on Jan. 3o in a robbery planned by six people who were after his marijuana.

Officials believe the plan to rob Nall spiraled into murder after shots were fired.

The plot spiraled into murder when shots were fired. Police have not revealed who shot Nall and say evidence from the scene indicates multiple shooters may have been involved in the incident.

Court documents show Nall and Tisdale, who were dating, had been arguing in the days before he was killed. Officials believe Tisdale was with five other people on the morning of Nall’s death. Records show that Butler and Reynolds involved.

Police say more arrests could be coming as critical questions remain regarding who fired the fatal shots and who the other two suspects are.

Man invades house, ties up siblings who were attending…