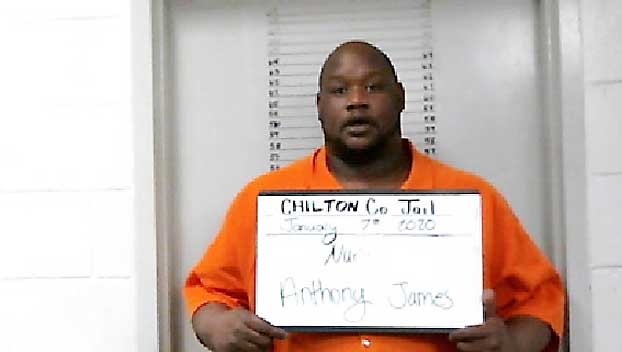 Anthony James Nunn, 33, has been arrested and charged with three counts of sexual abuse of a fellow employee when he was in management at Wendy’s in Clanton. (CCSO)

A 33-year-old man who was in management at Wendy’s in Clanton has been charged with three separate counts of alleged sexual abuse of a fellow employee stemming from an incident early last year.

According to 19th Judicial Circuit Chief Assistant District Attorney C.J. Robinson, Anthony James Nunn was arrested and charged with first degree sexual abuse, first degree sodomy and first degree rape after three incidents occurred on the same evening at the Wendy’s location. A charge was levied against Nunn for each separate incident.

The victim was a fellow employee and student at one of the high schools in Chilton County between the ages of 16 and 19.

The alleged incidents occurred around May of last year.

“There were multiple incidents throughout the building,” Robinson said. “He forced himself on her inside the restaurant and sexually assaulted her.”

These areas included a waste zone near the drive thru and a covered area with a large brick wall just outside the main building used for waste disposal.

Robinson said the victim told her parents, and the legal process started from there.

“He was arrested within hours (of that),” Robinson said.

Nunn was initially arrested on the sexual abuse and sodomy charges in May of 2019, but he was picked up again on Jan. 7 when the rape charge was added against him.

Nunn was released on bond Jan. 8, according to online records of the Chilton County Sheriff’s Office. His bonds were set at $150,000 each for the rape and sodomy charges, $15,000 for the sexual abuse charge and $1,500 for an unrelated failure to pay child support charge, according to Robinson.

Nunn was indicted by a grand jury in October of 2019 and is set to be arraigned on Feb. 24.

Robinson said he and his office will do everything in their power to make sure Nunn is in prison “for a very long time” if he is found guilty and incarcerated for the alleged crimes.