Dreaming of a white Christmas in Alabama? Don’t get your hopes up 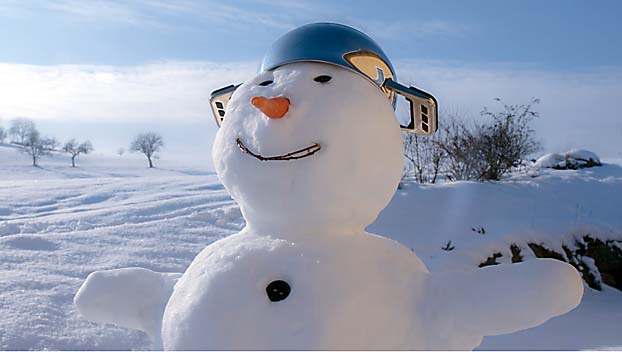 As Christmas music coos, lights dazzle and singers such as Michael Bublé continue to dream of a white Christmas, AccuWeather meteorologists are looking ahead to next week’s holiday and are forecasting which lucky Americans may wake up to a snow-blanketed Christmas morning — and Alabama’s chances are virtually nil.

Forecasters say it’s “possible” much of the northern half of the country and areas of the Southwest may get some snowfall, but the few places they believe are “likely” to wake up to a white Christmas are generally limited to the high-elevation locations. Also, some portions of the northern Plains, Upper Midwest and Northeast are likely to have snow on Christmas.

In order to reach the qualification for an official white Christmas, a standard set by the National Weather Service, a city or town must have at least an inch of snow on the ground at some point on Christmas morning.

That’s highly unlikely for Alabamians as the forecast calls for generally dry, pleasant weather and cold nights next week with highs in the 60s and lows in the 30s and 40s, depending upon where you are in the state.

Christmas Eve snow showers in the Northeast may seal the deal for a white Christmas for some in Pennsylvania, New York and New England, setting the stage for a snowy Christmas Eve night.

However, for areas from New York City on south, Myers said Americans living in those regions will receive nothing. The Upper Midwest also won’t receive Christmas Eve snowfall, but cold air in that part of the country will keep the already-fallen snow from melting before Rudolph and company make their way to the North Central states.

“Chicago is borderline,” Myers said. “In the Upper Midwest, the Dakotas, Minnesota, northern Wisconsin, northern Michigan and northern and central New England will have a white Christmas. There’s more snow in the Upper Midwest this year than there was last year.”

Residents who live farther south may not be as lucky. Snow from a storm early this week is likely to melt from the central Plains to the Ohio Valley before the big day arrives, according to AccuWeather Senior Meteorologist Alex Sosnowski.

In the West, forecasters’ confidence for snowfall in areas such as the Rockies, Cascades and Sierra Nevada remains much higher, thanks to the snow coverage those locations already have. Unfortunately, those living in lower-elevation towns hoping for a white Christmas may not see snow fall before setting out their milk and cookies. Any pre-Christmas precipitation is expected to be rain, not snow.

“A storm is likely to put down some snow over parts of the interior Southwest, mainly over the mountains in Arizona, New Mexico and Nevada just prior to or during Christmas Day,” Sosnowski said. “But, cities such as Salt Lake City and Denver are likely to miss out on the snowfall.”

Republished in part from Accuweather.com.