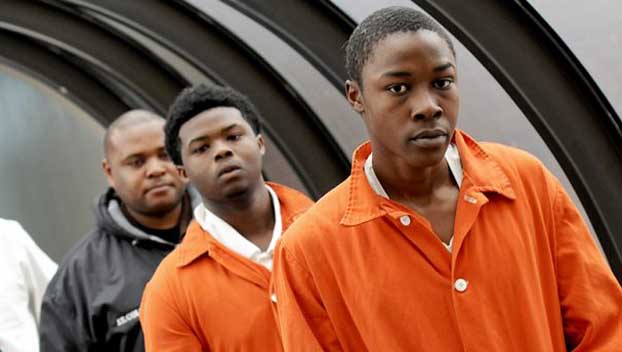 John Jones (left) and Larry Hunter (right) are escorted into circuit court earlier this year for an initial hearing in the murder of Alexis Hunter. Larry Hunter was sentenced Monday.

An Alabama man was convicted of capital murder by a Dallas County jury on Thursday in a 2013 case.

According to Dallas County District Attorney Michael Jackson, John Jones was convicted of capital murder for his involvement in the death of Alexis Hunter on Dec. 21, 2013. The jury deliberated 45 minutes before they reached a verdict.

Jackson said Jones, who was 16 at the time, was the shooter in the murder. Jones and his co-defendant, Larry Hunter, robbed Alexis Hunter and her friend of their cellphones. Alexis Hunter was shot in the head. The murder happened near the tennis courts of Selma High School.

“A gunslinger has snuffed a ‘A’ student’s life out over a cellphone,” Jackson said. “This young lady’s death was a big blow to our community. He is facing a sentence of either life or life without parole. We will ask for the maximum sentence.”

“They did an excellent job prosecuting the case,” Jackson said.