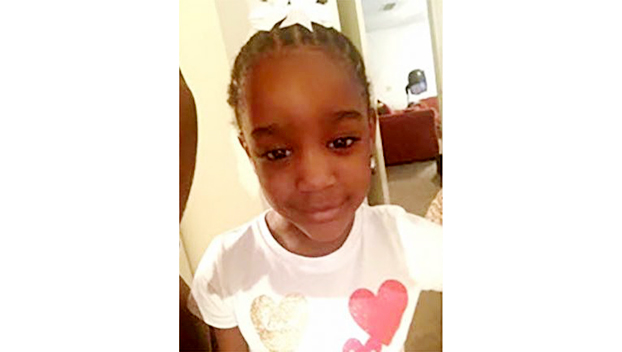 JACKSONVILLE, Fla. (AP) — Authorities in Florida say they’re expanding the search of a missing 5-year-old girl to Alabama, and the girl’s mother is no longer cooperating with their investigation.

Jacksonville Sheriff Mike Williams said during a news conference Monday that officers have been deployed to Demopolis, Alabama, west of Montgomery.

Williams says Taylor Williams, who is not related to the sheriff, was reported missing from her Jacksonville home last Wednesday. The sheriff says Taylor’s mother, Brianna Williams, has not spoken with investigators since that day.

Sheriff Williams is asking the public to contact his office if anyone has seen the mother and daughter between Alabama and Florida in the past two weeks.
Authorities have also been searching for the girl in Georgia.