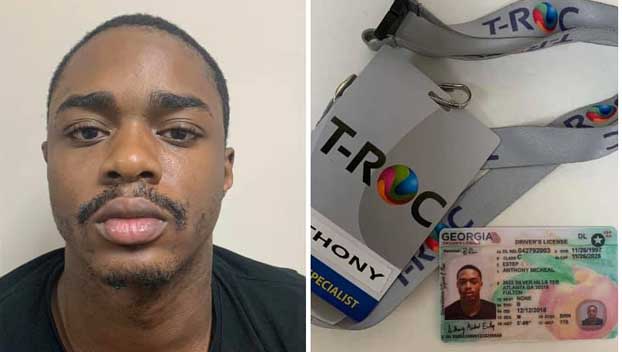 Police arrested a Chicago man Wednesday and charged him with using a fake badge to swindle an Alabama Walmart out of three iPhones.

Hartselle Police report the arrest of Jerico Lee Williams, 24, of Chicago, for theft of property 1st degree. Williams was given a cash bond of $3,375.

Police say Williams pretended to be a representative of a Walmart vendor, T-ROC. Police say they believe Williams may have been part of a theft ring targeting other Walmarts as well.

Investigators said they found a badge obtained from T-ROC in Williams’ possession that he’d obtained using a fake name. In addition they say he had a fake driver’s license as well.