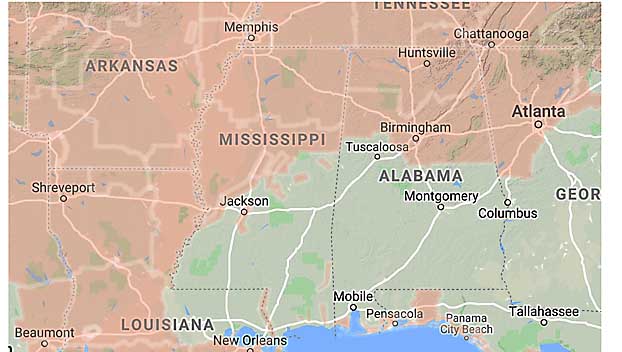 The rain passing through Alabama Thursday is ushering in the coldest air so far this fall and making for what will likely be one of the coldest Halloween nights in many years and likely a freeze overnight.

Temperatures are expected to drop up to 25 degrees just after the rain front passes through Alabama. The rain should each from west to east today.

After the front passes, temperatures will be mostly in the 40s making for a chilly day.

Temperatures should be in the upper 30s and lower 40s during peak trick-or-treating times. Brisk winds will make it feel colder.

Much of the northern half of the state is under a freeze warning tonight.

Saban says he’s ‘OK’ with being told what to…