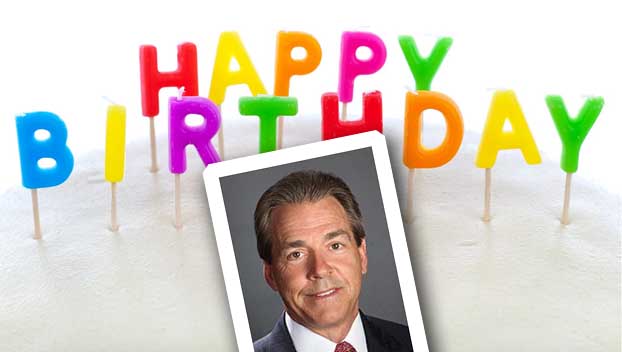 Alabama head football coach Nick Saban may be in full charge of the Crimson Tide, but Thursday as he celebrates his 68th birthday, his wife will call the plays.

Reporters asked Saban about his birthday plans Wednesday at a press conference and here’s what he had to say:

“I’m really kind of focused on what I’m going to do when this press conference is over, which is talk to recruits, watch practice film, get more ready for LSU so we can have a good practice relative to that tomorrow,” he said.

“After that, it’s going to do whatever Miss Terry tells me to do,” he said. “which is usually how it is when I get time off.