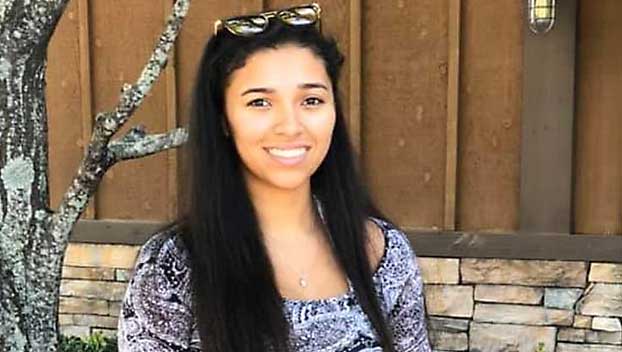 Authorities are searching for the stepdaughter of Ultimate Fighting Championship heavyweight Walt Harris after she was reported missing from Auburn, Alabama.

Nineteen-year-old Aniah Haley Blanchard was last seen Wednesday. Police on Monday released video showing her in a store that day.

Earlier, police announced the teen’s abandoned and damaged car had been found at an apartment complex in Montgomery about 55 miles away. The vehicle wasn’t damaged before Blanchard’s disappearance.

Police have said foul play didn’t appear to be a factor in Blanchard’s disappearance.

Blanchard’s mother, Angela Haley-Harris, told WBRC-TV that Blanchard was with someone when last contacted by phone Wednesday night. That person’s connection to Blanchard is unclear.

The investigation is continuing, and anyone with information regarding Blanchard’s whereabouts is being asked to call the Auburn Police Division Detective Section at 334-501-3140, the anonymous tip line at 334-246-1391 or the 24-hour non-emergency number at 334-501-3100.