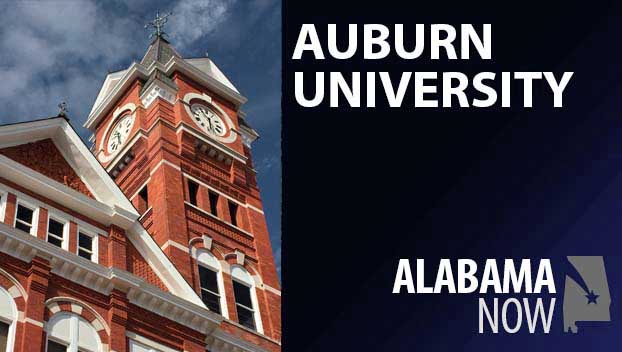 Florida defensive tackle Kyree Campbell has been counting down to this game for weeks, maybe even months.

He didn’t need to hear about rankings or ramifications. He had no use for pep talks or other motivational ploys. He didn’t want to talk about managing emotions or peaking too early.

“I’ve been waiting for this,” he said, his eyes widening as post-practice sweat poured down his face. “This is big-boy ball right here.”

It comes with big stakes, too.

No. 7 Auburn and the 10th-ranked Gators, once Southeastern Conference rivals who played annually, will meet for the first time in eight years Saturday in the Swamp. ESPN’s College GameDay is on campus for the sold-out game, which is expected to include one of the largest crowds in school history.

It’s also essentially an early season elimination game for the College Football Playoff. Not that one loss knocks anyone out of contention in October, but considering Auburn (5-0, 2-0) still plays fifth-ranked LSU, No. 3 Georgia and top-ranked Alabama, and the Gators also face LSU and Georgia, the loser Saturday will be in a hole moving forward.

“It’s not going to be handed to us,” Florida receiver Tyrie Cleveland said. “We got to go take it.”

Both teams have first-year starting quarterbacks , which could be concerning considering they’re facing two of the league’s top defenses.

Auburn’s Bo Nix, whose father, Patrick, upset top-ranked Florida in Gainesville in 1994, kicked off his college career with a game-winning touchdown pass in the final seconds against Oregon. In his first SEC game, Bo Nix helped beat Texas A&M in a hostile road environment. Last week against Mississippi State, he had 335 yards passing and two touchdowns to go along with 56 yards rushing and a score — the first Auburn quarterback to put up those kind of numbers since Heisman Trophy winner Cam Newton in 2010.

“He played a lot of different teams, but he hasn’t played in the Swamp,” Florida defensive back Trey Dean said.

“We like to throw a lot of different things at people, whether it is unusual formations or stuff like that,” Auburn coach Gus Malzahn said.

Florida’s Kyle Trask, who played well in consecutive games in place of injured starter Feleipe Franks, hasn’t faced a defensive front like the Tigers boast, either.

Auburn has arguably the league’s most disruptive D-line duo in Derrick Brown and Marlon Davidson, who could wreak havoc on a young offensive line that coach Dan Mullen ripped and challenged last week.

“This is probably one of the best ones in 15 years I’ve been in this league,” Florida offensive line coach John Hevesy said.
Here are some other things to know about the 84th meeting between Auburn and Florida:

HEALTHY GATORS
Florida is expected to have its full complement of defensive players for the first time all season.

RECORD WATCH
Auburn is closing in on an NCAA record, but getting it will require a few touchdowns and a few more successful kicks. The Tigers have made 299 consecutive extra-point attempts dating to 2013. It’s the longest active streak in the Football Bowl Subdivision. Florida State holds the NCAA record of 302, set between 2012 and ’16.

RANKED ROAD WINS
Auburn is seeking its third win against a ranked team away from home. The Tigers, who already beat then-No. 11 Oregon and then-17th-ranked Texas A&M, have only done that five times and twice since 1983 (2004 and 2010).

PAINFUL REMINDER
The last time Auburn visited Gainesville (2007), Mullen was Florida’s offensive coordinator. But he remembers the 20-17 loss for a much different reason.

Mullen had to have an emergency appendectomy the night before the game. His wife picked him up after the team’s walkthrough, sneaked him in a backdoor at Shands Hospital, got a few hours of sleep, ended up getting into a fender-bender on his way to the stadium and then called plays from the booth with his doctor nearby.

Woman gets 20 years for killing her 5-year-old son…