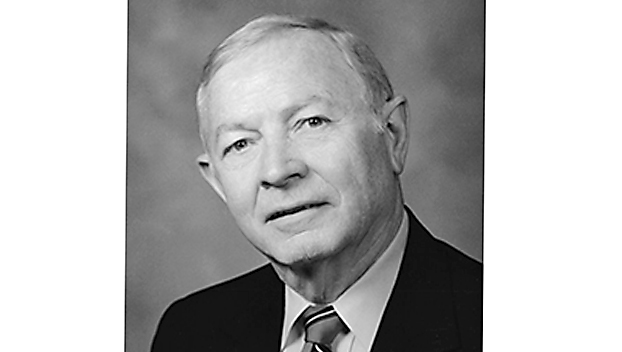 Former state legislator Pete Turnham, who was a force in the Alabama House of Representatives for decades, died Monday. He was 99.

Pete Turnham served 40 years in the state House. He was first elected in 1958 and retired in 1998. The Auburn legislator, often affectionately known as “Mr. Pete” in the halls of the Statehouse, was also known as dean of the Legislature because of his lengthy service.

“They don’t make them like he was. He was a great Southern gentleman and statesman. He was a great orator. I think everybody looked up to him,” former House Speaker Seth Hammett said Tuesday.

Gov. Kay Ivey on Tuesday ordered flags to be flown at half-staff on the grounds of the State Capitol complex in Montgomery and in state House District 79, Lee County, “as a mark of respect” for Turnham.

The flags will fly at half-staff on the day of his interment on Thursday until sunset, Ivey’s order said.

Hammett said Turnham was also a great champion of Auburn University during his decades in the Legislature.

In the Legislature, he was chairman of the House Education Committee and known for his work on education issues. His family says a pilot program that paved the way for public kindergarten and the creation of regional mental health centers are among his signature accomplishments

A public graveside service and memorial will be held Thursday in Auburn.

Alabama woman still in ‘shock’ after winning prize on…